Civil servants to get pay hike to combat inflation

Civil servants to get pay hike to combat inflation 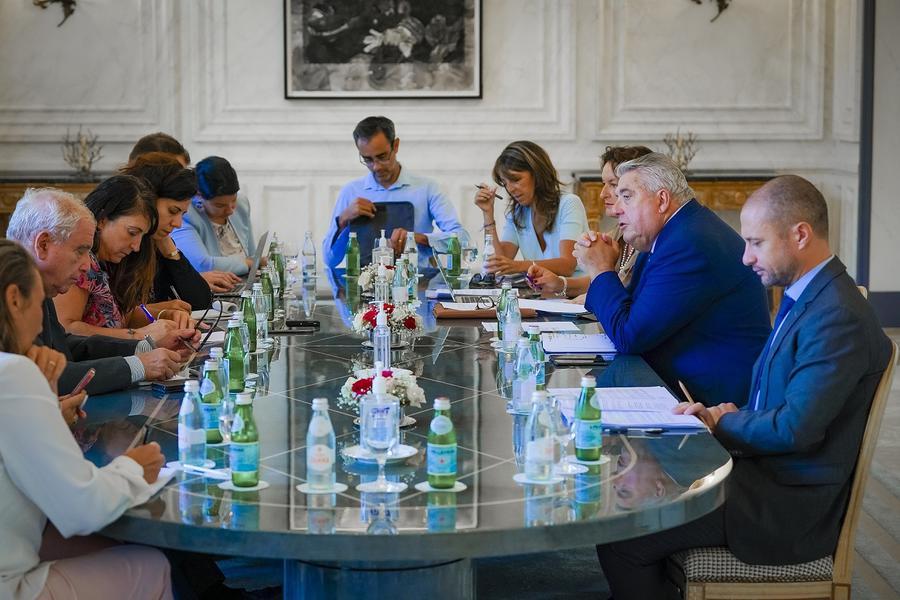 Monaco’s Minister of State Pierre Dartout has held his annual press conference marking the return to work after the summer holidays, encouraging people to “remain mobilised and reasonably optimistic”.

At the “back-to-school” press conference on Friday, Pierre Dartout presented the key actions his government intends to undertake in the coming months.

“In a period where the international context is particularly difficult and complex and where inflation is high, accentuated by the Russian-Ukrainian war, of course Monaco is not cut off from the world,” the Minister said at the start of his speech.

Amongst points touched upon, the minister said the government will soon be submitting a draft budget to the National Council, noting a surplus of €8.8 million, and giving credit to the those who are helping to create this extra flow.

“To achieve this, we have the desire to rely on the economic dynamic with significant tax revenues,” he said. “Also, I would like to salute the constant work carried out by all the ministerial departments, in particular when it comes to budgetary arbitration. The objective is to be faithful to our method and to have a budget that covers the necessary expenses while preserving the balance.”

He went on to talk about how the government is pouring cash into housing, highlighting the €208 million they are spending in the next year to provide new homes for locals and residents of the Principality.

“The progress of this National Housing Plan is done in good conditions; almost all requests will be met from 2023 and the operations scheduled thereafter will make it possible to accommodate a higher number of households in the state sector than had been announced in 2019.”

He noted that inflation, “which has reached an unprecedented level since the years 1983-84”, is a real concern, and announced that the government and the National Council have agreed to increase the salaries and pensions of civil servants and agents by 3.5% to combat the strain put on individual households, effective this month.

As far the Monegasque economy goes, the minister said there were encouraging results from the summer season, with trade and tourism back to relatively normal levels, and international visitors back in full force.

“The very large fall in the number of Russian customers does not impact the overall result of the hotel industry in Monaco, because the contribution is changing positively on all the other markets, with in particular European, North American and Middle Eastern customers.” he stated. “In terms of business tourism, the situation is very encouraging, with the holding of major congresses and in particular the return of the ‘Rendez-vous de Septembre’.”

Though Covid is still present, it is not a big worry at the moment, he said, despite a small spike since the return to school, but he added cautiously, “the possibility of an 8th wave is real. This is why everyone must respect the barrier gestures which constitute simple and very effective preventive measures.”

He also touched on the energy crisis, saying that the government is working on energy-savings plans and foresees a time when everyone will be asked to be more careful with regard to daily consumption.

In conclusion, Pierre Dartout announced that on the major issue of mobility, “for which we will have to do more”, in-depth studies are necessary in view of its complexity and, on the issue of Attractiveness, a plan for actions is about to be presented to the Prince, following the various consultations held in recent months.