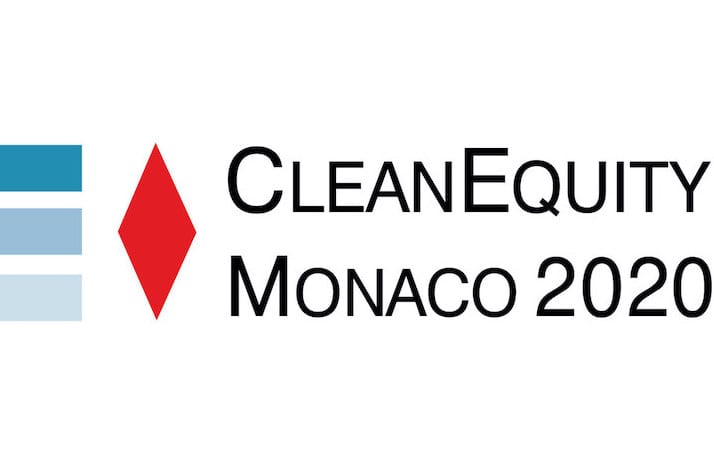 The recipients of this year’s CleanEquity Awards have been revealed at the end of a two-day forum co-founded by Prince Albert of Monaco.
CleanEquity Monaco, hosted by Innovator Capital and the Monaco Economic Board, closed on Friday 23rd October with its award ceremony and a speech by Prince Albert II of Monaco, the event co-founder, who presented the awards.
For the first time, CleanEquity was showcased live around the world via EarthX TV and will be available to watch on demand.
CleanEquity showcased 22 companies this year and His Serene Highness conferred with the judges, who selected the three recipients of the CleanEquity Awards for Excellence.
Olombria (United Kingdom), for Research: addressing the issue of steadily declining numbers of wild pollinators by encouraging flies to become more efficient at pollination through the use of chemical volatiles;
Metron (France), for Development: developing an energy intelligence AI driven platform dedicated to the industrial sector, to proactively identify energy optimisation opportunities and connect to decentralised energy assets; and
OrganoClick (Sweden), for Commercialisation; developing and supplying green chemical and material technologies which replaces fossil plastics and toxic chemicals.
The runners up, respectively, were GoodHout (Netherlands), Polystyvert (Canada) and Envelio (Germany).
The awards were created by emerging French artist Samuel de Gunzburg, who lives and works in London.
“Notwithstanding the constraints of the health crisis, we can continue to work towards the goals enshrined in the SDGs and solving the issues of climate change and its consequences,” said Prince Albert in congratulating the award winners and runners up.