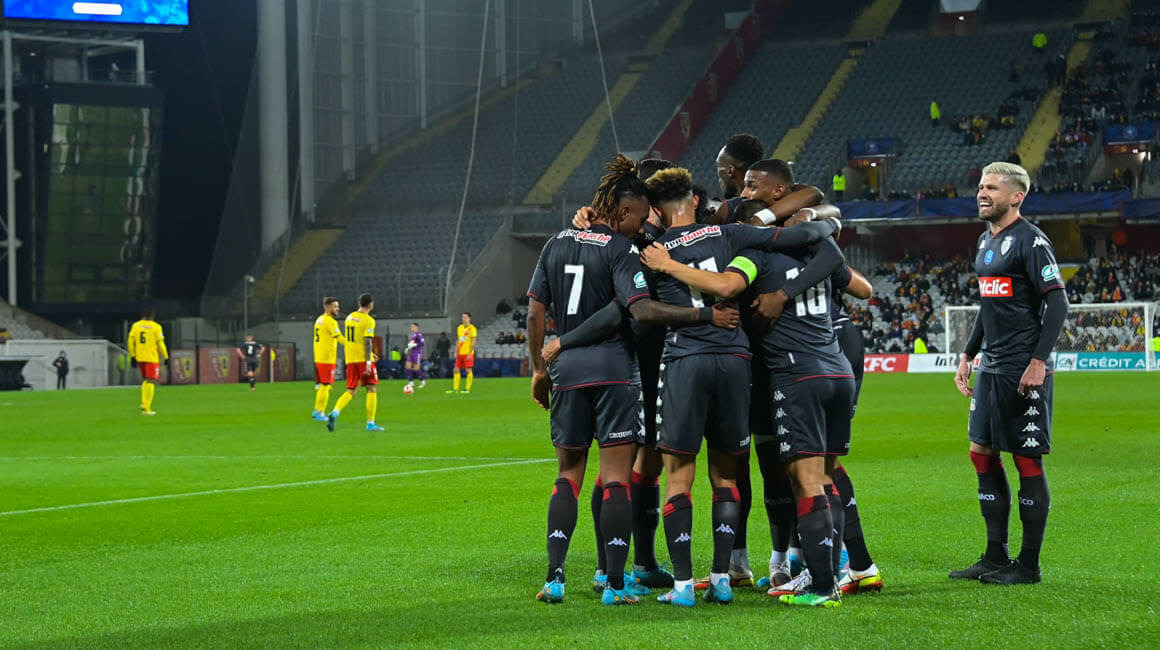 A blistering first-half performance from Monaco was enough to see-off RC Lens in the round of 16 of the Coupe de France on Sunday, the Principality side coming out eventual 4-2 winners.

During the pre-match press conference on Friday, Philippe Clement gave Monaco Life a starkly accurate prognosis. “I’m certain that everybody will be happy with the match, because there will be two teams that are trying to win.”

As predicted by the Belgian manager, both teams put in an exhibition of gung-ho attacking football, with four goals coming before the break. It was Lens who looked the more likely to take the ascendency early-on. Vito Mannone, deputising for the injured Alexander Nubel and Radoslaw Majecki, pulled off a stunning save in the opening minutes, tipping a dipping Seko Fofana drive onto the crossbar.

The Italian keeper was called into action just minutes later, this time Gael Kakuta forcing a save. Having weathered an early storm, Monaco grew into the match, a fluid, interchanging offensive unit causing problems for the Lens defence.

It was a piece of magic that broke the deadlock. Caio Henrique, reverting back to his familiar left-back berth, put in an inch-perfect cross, landing right on the head of Wissam Ben Yedder, who made no mistake with the finish.

That goal opened the floodgates. Jean Lucas, who was yet to score for the Principality side since his summer move, converted a neat pass from Gelson Martins. The Brazilian then turned provider for Sofiane Diop just seconds later, laying off the Frenchman to smash into the roof of an empty net.

The 10-minute siege on the Lens goal looked to have decided the tie, but the Pas-de-Calais side grabbed one back before the break in fortuitous circumstances. Following a Mannone double save, Wesley Said slotted home, though replays showed he was in an offside position, the lack of VAR preventing a reprieve for Monaco.

Arnaud Kalimuendo’s sumptuous curling drive just after half-time put the pressure on Monaco, as their seemingly unassailable lead looked like slipping away. Both sides had chances in the second-half. Diop should have done better from a Jean Lucas flick, and Mannone continued to frustrate Lens, tallying up 10 saves on the night.

Ben Yedder then killed the game in the dying stages, driving home an Aurelien Tchouameni pass after the latter had done well to intercept. With that, progression to the Quarter-finals was secured, as they look to go one further than their appearance in last year’s final.

Post-match, Clement was clearly pleased with his side’s offensive effort, saying. “To score four times here, in beautiful style, makes us very happy.” He was particularly happy with the way that they withstood Lens’ second-half barrage. “We knew that they’d start the second-half strongly, but our team reacted well to the pressure applied by Lens, who were particularly dangerous with their long-range shots.”

Monaco next face Lyon next Saturday in a mammoth tie at the Stade Louis II. 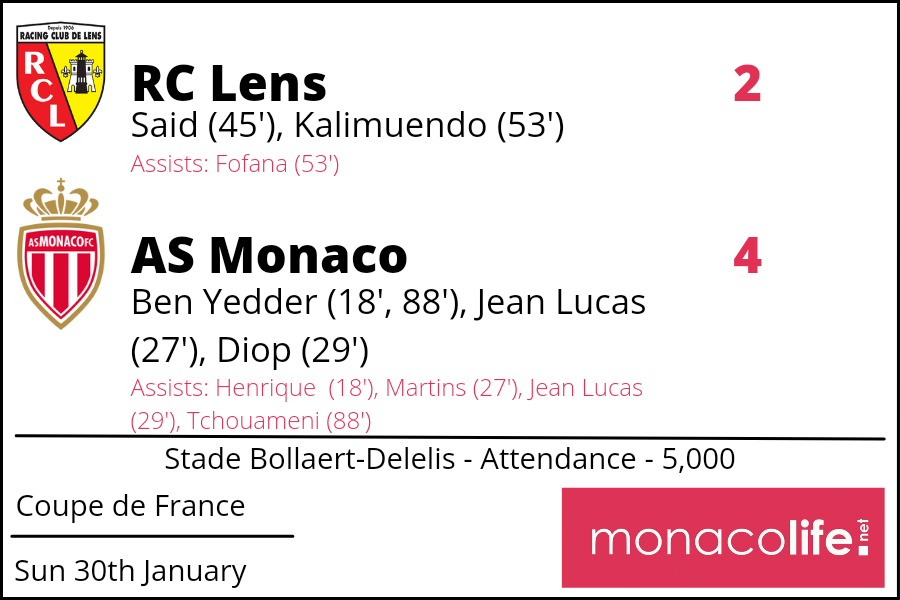