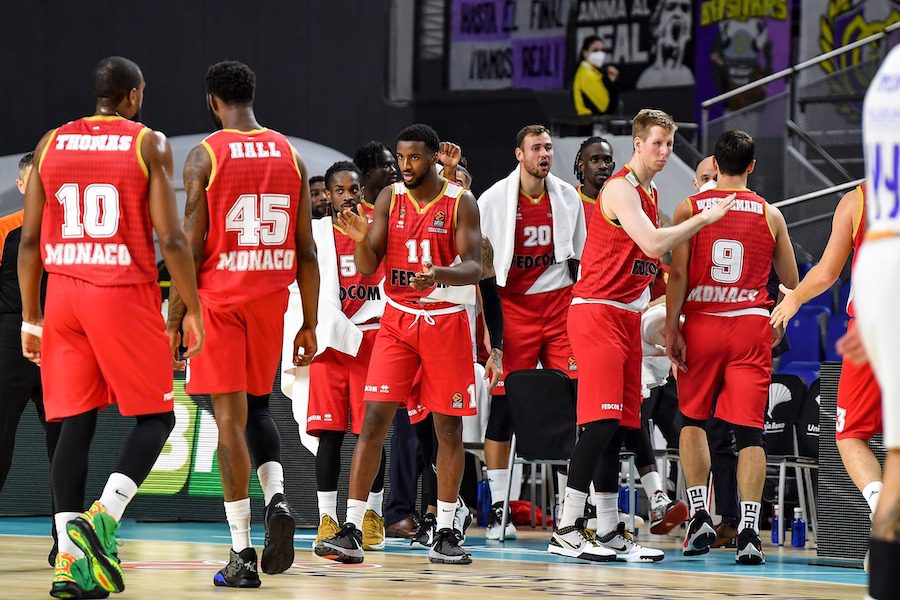 The Roca Team were not on their best form on Wednesday night when they faced off against Real Madrid in a tough Turkish Airlines EuroLeague match on the road. There were some magic moments, but all-in-all, the team was outclassed by their opponents, giving them something to strive for this season.

The starting line-up was strong, made up of Paris Lee, Mike James, Danilo Andjusic, Donatas Motiejunas, and Jerry Boutsiele.

Madrid took the lead from the start, with the Roca team falling behind an astonishing one to 13. Andjusic stopped the haemorrhaging with a three-pointer followed by another two-pointer on its heels. This did nothing to deter Madrid, who took control again and in two minutes and widened the lead to six to 25.

They bounced back a bit in the second quarter, outscoring Madrid 27 to 21, but this still sent them into the locker room behind 39 to 51.

The second half saw the fire return to AS Monaco and they slowly began to claw their way out of the hole. Most of the third quarter, the two teams went head-to-head on shots, keeping Monaco within striking distance.

Mike James took the proverbial bull by the horns and scored a massive 14 points on his own in the third, bring the score to 65 to 72.

In the final quarter, Monaco managed to even things up, but the Spaniards were too good. In the end, the score sat at 86 to 94 – respectable considering how far they had to come to get there.

Monaco made 30 shots out of 63 on the night going 13 for 30 in three-point range. They captured 29 rebounds, made 22 assists, stole the ball nine times and picked up 10 strays.

Mike James was high scorer with an incredible 24 points, Donta Hall was next up with 12, followed by Will Thomas with 11.

The Roca boys return on Friday at 7pm for more EuroLeague action against Barcelona at Salle Gaston Médecin.