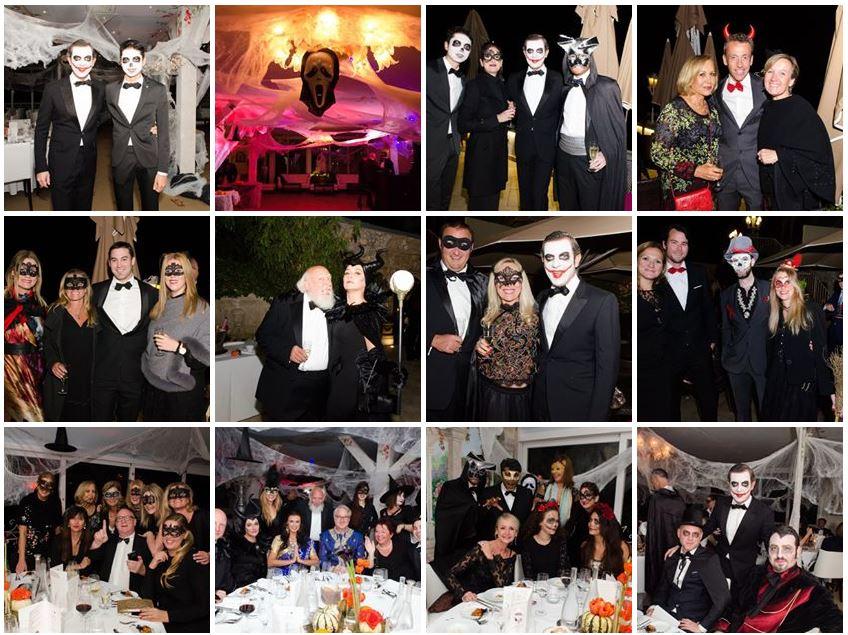 Join Club Vivanova for the Halloween Masquerade Ball at the magnificently located Château de La Chèvre d’Or in Èze-village. With stunning views over the Mediterranean and the Côte d’Azur. Guests will be offered a Champagne aperitif followed by a four-course gourmet dinner complemented with premium Australian and Argentinean wines.

In celebration of this special evening, club founder Bradley Mitton will host this event with live DJ entertainment, a dance-floor and a €500 prize for the best costume. 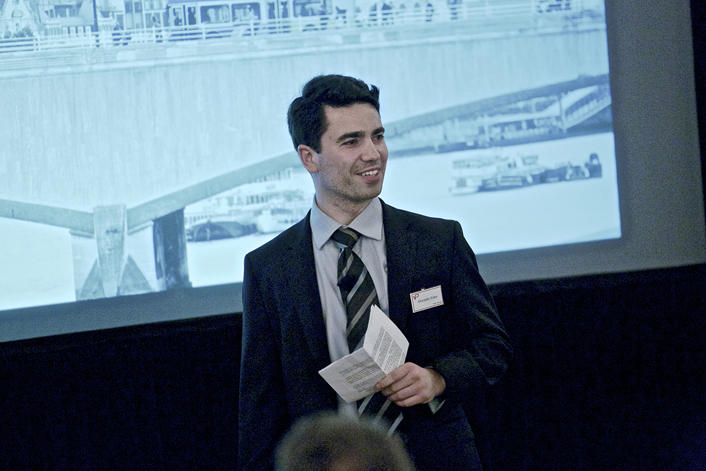 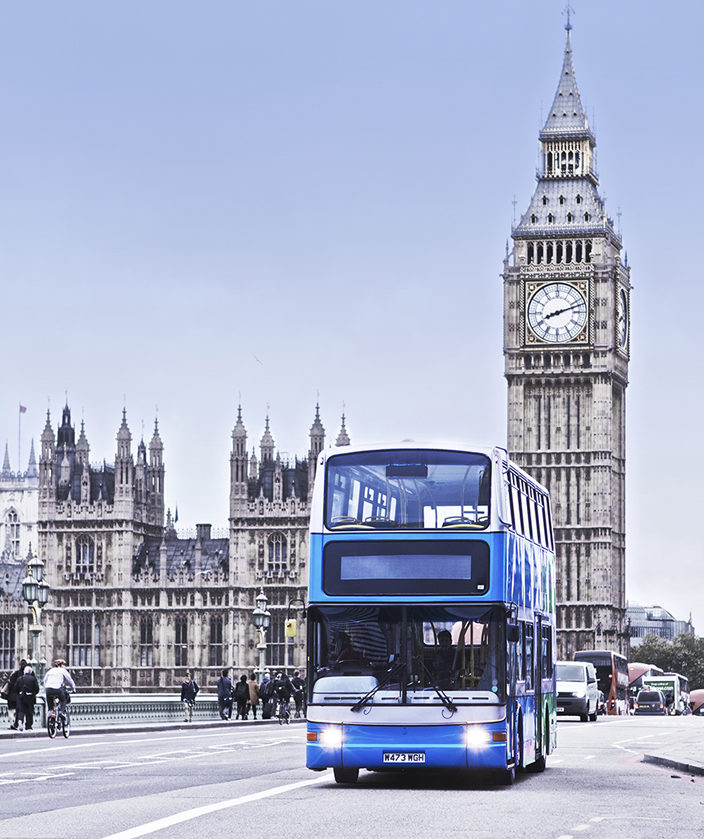 Vantage Power: Diesel Electric Hybrid Bus[/caption] ML: Essentially two months after Racing Green, you started Vantage Power? AS: The trip finished on November 17, 2010, and Vantage Power was founded in January 2011, but we honestly had no idea what the business was going to do. We were convinced that we would make a success of it, there were a lot of opportunities, and we believed that we would be able to capitalise on one of them. For nine months we followed various ideas, but had nothing concrete. By this point the third partner left and that’s when Toby and I started looking more seriously at our skills and where we wanted to go rather than following other people's ideas. We knew we would work with electric vehicles and hybrid technology and wanted to find a high value niche sector. We settled on the bus industry, which is quite different from the general automotive industry. The vehicles are large, running many hours a day and using a huge amount of fuel and so have a disproportionate effect on emissions compared to cars that are typically used for only 5% of their life. We saw that there were a number of hybrid bus products, all very expensive, on the market, which were not allowing bus companies to hybridise their fleet in a very cost-effective way. So, we came up with the idea of a hybrid system that could be retrofitted into existing buses. This was October 2011, and from that point onwards everything took off. In December, we found ourselves presenting to the Chairman of Ensignbus – the UK’s largest bus dealer. He gave us a double-decker bus on the spot and told us to secure the funds we needed, after which they’d help us get our product off the ground. The following year we went out to raise the investment needed to start hiring people, and prototype the technology and product we wanted to develop. As the product was a hardware solution, it was expensive to start up. We needed premises, equipment, machinery, which all required a great deal of investment. ML: I read that last year 608,110 start-ups were registered in the UK, which represents, according to the Royal Bank of Scotland Entreprise Tracker, only 6 percent of the population who dream of starting their own business. Did you have any doubts or hesitations? AS: Surprisingly not. Our lucky break came when the BBC did a follow up radio broadcast one year on, around January 2012, and the presenter asked me what we were then working on. Many young entrepreneurs are afraid of sharing their ideas out of fear that someone might steal them. I don’t think this is a smart move – starting up a business is very hard, and the vast majority of people will not suddenly drop what they’re currently doing to copy your idea, and you probably stand to gain far more from sharing your idea and getting critical feedback than by keeping it to yourself. As such, I explained my idea on air and a few days later received a call from a businessman who’d heard me on the radio and wanted to meet. We had lunch and he was still enthusiastic about the idea and asked for my business plan. I had to admit that we didn’t have one yet, so very understandingly, he told me to go away and write it. Two months later we presented him with a business plan, and he invested £50,000 of his own money to start us off. He then introduced us to two people, who in turn put us in touch with all the other investors we now have. We raised about £560,000 to get us going by 2013, and to date we’ve raised over £7 million. ML: Did you finally hire your staff? AS: We only hired three people in addition to Toby and I during our first year, and we stayed 5 people up until June 2014. Two and a half years later and we’re close to 35 people! [caption id="attachment_8551" align="alignnone" width="601"] 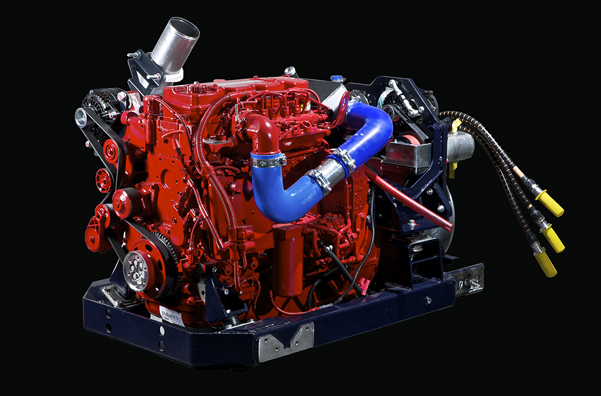 Vantage Power: Diesel Electric Hybrid Bus.[/caption] ML: How did you keep up with the ever-changing technology before you even launched your product? AS: Businesses live and die by how quickly they innovate and how quickly they bring those innovations to market. Our first prototype was quite innovative and engineering doesn’t work the first time round. It took us over a year to develop essentially our proof of concept, and then we designed it all again from scratch, keeping the best elements and dropping the worst, and that took another year to build a second prototype. If you make the wrong decision you could be left in a place where you were designing two years ago but if you’re smart, which I think we mostly were, you try to innovate for where the industry’s going to be, not where it is today. The issues of leadership management and flexibility as a business really come into play here. ML: Between developing a product and getting your business off the ground, there can be a great deal of pressure. You and Toby seem to have a solid working relationship. AS: I’m very fortunate with Toby as a business partner and trust him completely. We have a complementary set of skills so we are never stepping on each other’s toes. He quickly morphed into the CTO, overseeing all the technical development, and originally I was spending most of my time on engineering as we worked on the first prototype. But as the business grew, Toby went toward the engineering side while I withdrew from it, which I miss a bit, but fundamentally my skills are best on the business side. As a result, we work very strongly together. He understands what I’m doing, and I understand what he’s doing. We have distinct roles that we are both good at. ML: How did you become involved in CleanEquity Monaco (CEM), the annual emerging cleantech conference, co-founded by H.S.H. Prince Albert and Mungo Park, Chairman of Innovator Capital? AS: We were introduced to Mungo in 2012 and pitched the idea, but realistically it was far too early for them to get involved. Nevertheless, we kept in contact and were invited to CEM in 2014 where we met what turned out to be a very influential investor for us. ML: What makes CleanEquity Monaco (CEM) so unique in its success? AS: First, location – who wouldn't want to go to Monaco? There’s a great energy and participants are excited to be there. Second, the length of the conference. Over two and a half days you bump into the same people quite often, so you build up relationships, you bond, and fundamentally that’s a very significant part of raising investment. Third, CEM is geared towards businesses of a certain profile – essentially businesses that have already done the legwork on their idea, have a product and are on the way. It’s less useful for startups in their very earliest stages. The key, though, is Mungo and his team – they are brilliant. Mungo himself is excellent at facilitating introductions, he knows so many people and, more extraordinarily, can recall what everybody does. He is self-assured, detail oriented, and he follows through with everything he says. I very much enjoy working with him and his team. ML: Can you offer advice for other start-ups? AS: You have to accept in the world of start-ups that it is very rare for someone to be doing something that is completely unique. You will come across other smart people doing similar things and this can help you get a critical view of your own product and how you can improve it. That being said, it’s easy to look at the competition and bury your head in the sand, but it’s so necessary to take stock of the developments around you. Any investor will do due diligence and may find five other companies doing the same thing. You have to be able to justify why your product is better, so you need to know what else is out there. ML: In a 2013 interview you were quoted saying Vantage Power “aims to break even in 2015, and for revenue to reach £65 million by 2017”. How on the mark were you? AS: It’s taken us longer than we would have liked! We did an extra 2 years of prototyping and testing than we originally anticipated. The engineering took longer and we redeveloped many things, but what we’ve lacked in expediency, we’ve grown in strong technical foundations and a great team. Our goal now is to get 1,000 units a year by 2020. This year we’re manufacturing 10 units, but this will grow into the hundreds very quickly. The market can sustain this growth. We are also much further ahead in some parts of the business than we had anticipated, and may be bringing some products to market sooner than we had originally expected. ML: Did you envision another career path when you were younger? AS: I was attracted to Physics and the science behind that, but I prefer even more understanding how things are made. The Mechanical Engineering course was exactly what I wanted – I remember reading the course description and feeling like it was written for exactly me. That being said, I didn’t know where the degree would take me – I just knew I wanted to be an engineer! Alexander Schey, CEO of Vantage Power, was listed as an exemplary figure on the 2016 Manufacturer Top 100 report on November 1. CleanEquity Monaco takes place March 9th-10th, 2017. CleanEquity® Monaco takes place March 9th-10th, 2017. Article first published November 23, 2016. READ MORE: Monaco Life Series, Becoming Clean: #10: Ben Cotton READ MORE: Becoming Clean #8: Dr. Katsuhiko Hirose READ MORE: Becoming Clean #6: W. Andrew Jack READ MORE: Becoming Clean #3: Seth Grae