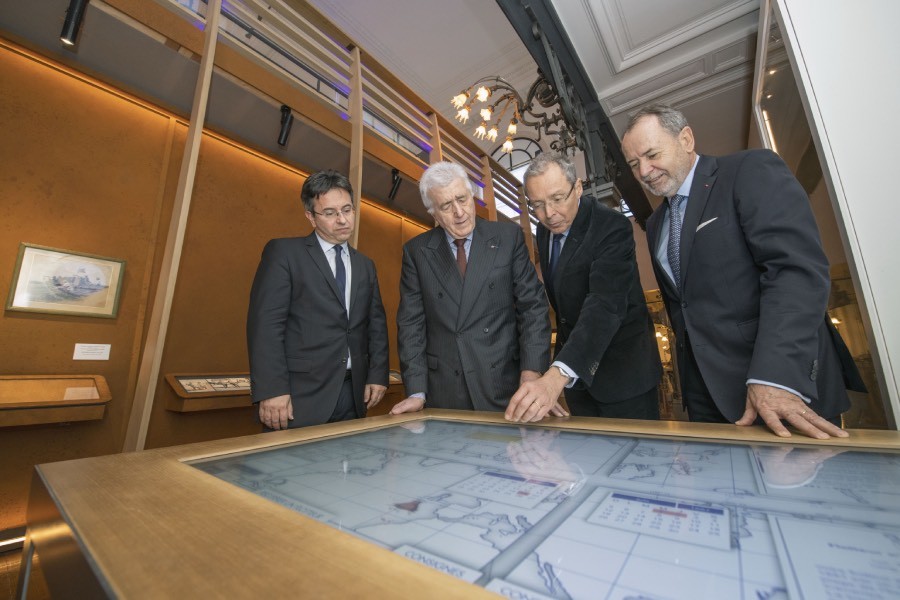 Company Monegasque de Bank and the Oceanographic Institute have renewed their partnership agreement for 2019, strengthening their efforts to achieve a sustainable future.

Since 2010, through its patronage action, CMB has been supporting the Oceanographic Institute in its mission to “make the oceans known, loved and protected”. The partnership agreement is thus renewed for the year 2019 between the two institutions represented by Etienne Franzi and Werner Peyer, respectively President and CEO of CMB, and Robert Calcagno, Director General of the Oceanographic Institute.

Compagnie Monégasque de Banque contributes to the implementation of mediation actions with the Institute’s public in order to raise awareness, convince and engage as many people as possible in the protection of the ocean and its biodiversity. Through this financial support, the Institute is further strengthening the dissemination of its message.

From spring, the partnership will take shape, in particular, through the involvement of Compagnie Monégasque de Banque in the implementation and operation of a programme of educational activities dedicated to marine turtles. Despite their status as protected species, marine turtles are threatened at all stages of their development. By providing its support, CMB wishes to contribute to the protection of these emblematic animals by raising awareness among young people about their fragility.

The Oceanographic Institute says it is delighted with this ongoing collaboration, which reflects the common philosophy that unites the two institutions, that of a more sustainable future.

“CMB’s presence alongside the Oceanographic Institute marks our company’s commitment over the past few years to environmental and climate issues,” said Franzi, adding that “the choices of our partnerships are always in line with those of the Principality. Through this one, we are working with the Institute for the preservation of the planet and of the oceans.”