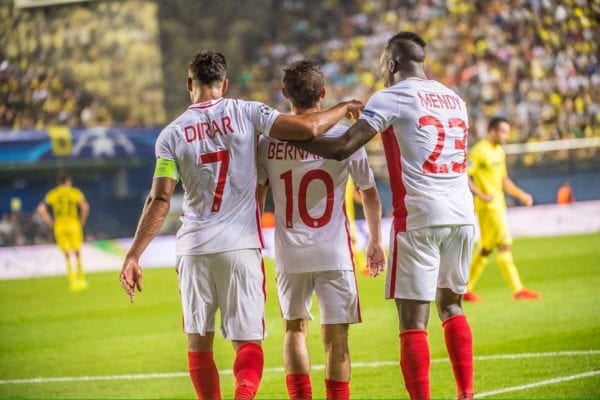 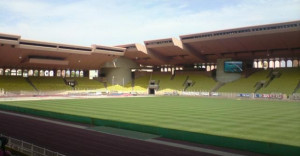 CNN has reported on the recurrent problem faced by Monaco’s football club in attracting supporters to Stade Louis II.

The American news channel pointed out that Tuesday night’s Champions League game, in which Monaco scored a spectacular last-minute equaliser against German side Bayer Leverkusen, played out in a half-empty stadium. The game ended 1-1.

With a capacity of just over 18,000, Monaco’s Stade Louis II stadium is one of the smallest in Europe’s top five leagues, yet the club often struggles to draw five-figure attendances.

CNN attributes the problem to the cost of living in the Principality at 87 percent more than in the UK and rents on average 746 percent higher.

One fan told the news outlet that many fans don’t live in Monaco, but travel long distances to support the club. “It’s too expensive to live here, so not all the fans can come for the matches to fill the stadium,” the supporter said. 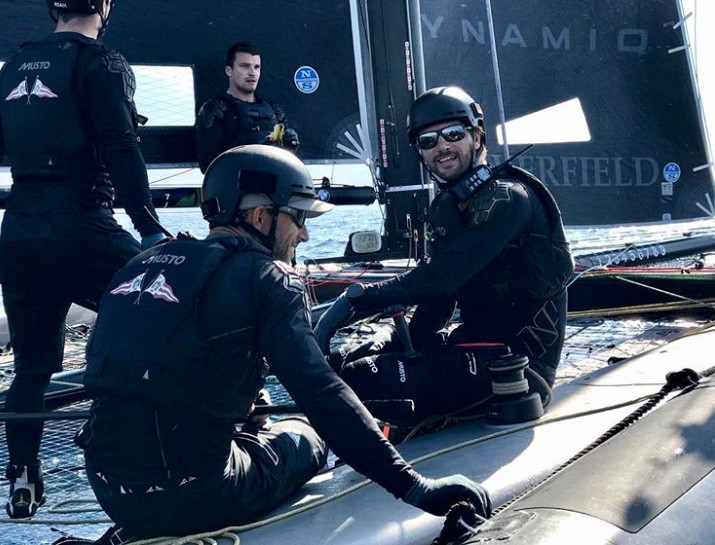 Photo: Instagram borisherrmannracing[/caption] For the first time in history, a German sailor is set to take on one of the biggest and toughest challenges in competitive sailing: the Vendée Globe. Hamburg’s Boris Herrmann, 34, has his sights set on competing in the next edition of the solo regatta, which takes place in November 2020 and sees competitors sail non-stop around the world on the Southern Ocean. Team partner for the campaign is fellow sailor Pierre Casiraghi, founder of the Malizia team, which competes for the Monaco Yacht Club. BMW is on board as team partner, bringing with it the company’s expertise in automotive manufacturing and its experience of technology transfer in competitive sailing, the company said. BMW has been involved in the America’s Cup since 2002, and won the most coveted trophy in sailing with BMW ORACLE Racing in 2010. Over the coming year, the foiling Open 60 yacht “Malizia” will be optimised for the toughest solo race in the world. “Pierre Casiraghi and Boris Herrmann’s Team Malizia campaign is a very ambitious project which will push man and equipment to their absolute limits,” said Sven Schuwirth, Head of BMW Brand. “BMW loves this kind of challenge, which allows us to demonstrate our pioneering and innovative spirit. We look forward to supporting the team and, above all, skipper Boris Herrmann as the first German to take part in the Vendée Globe.” Herrmann will contest the Vendée Globe with an offshore racing yacht from the IMOCA class. The “Malizia” is one of the latest generation of Open 60 boats and is equipped with L-shaped foils, which can lift the yacht partly out of the water, making it far faster than previous designs. In March, following initial modifications, Herrmann transferred the yacht, which was built in 2015, from the shipyard in Lorient/Brittany to the Mediterranean. It is now at its home at the Yacht Club in Monaco, where it is undergoing further modification for the regattas ahead. Vice-President of the Monaco Yacht Club Pierre Casiraghi is the youngest son of Princess Caroline. He sails regularly with Herrmann, and is supporting him on the Vendée campaign. Among other things, he will race alongside the German at various Open 60 double-handed regattas. Wind permitting, the duo’s first race outing in 2018 will be next week’s record attempt on the Mediterranean from Marseille (FRA) to Cartagena (ESP). Last year, Herrmann and Casiraghi finished an excellent third in the iconic Rolex Fastnet Race. “The campaign is now picking up pace this season, and the partnership with BMW has given us another boost,” said Casiraghi. “I am really looking forward to working with such a renowned and innovative company as BMW. Together, we can achieve our ambitious goals.”

Photo: Facebook Association Les Amis du Bain de Noël de Monaco[/caption] The 12th edition of the Bain de Noel tool place Saturday morning at 10 am. Organised annually by the Association les Amis du Bain de Noël de Monaco, money raised is donated to a different association each year. For 2016, the fundraising dip was in aid of Association Monégasque de Vol à Voile, which was founded in 2014 by Anthony Roustan, an aeronautic enthusiast born in Monaco. Vol à Voile offers sick children or persons with disabilities a chance to escape their daily lives by flying with an instructor, and this year they had two outings. This year’s Bain de Noel at Larvotto’s Rose des Vents beach was partnered with Amade Monaco, the association started in 1966 by Princess Grace, which will double the funds raised for Vol à Voile today to help orchestrate more opportunities for children to fly in the months to come. Some 150 people participated in the traditional Christmas swim this morning. On-site registration, €10, included a raffle ticket, croissants and coffee. It was a highly convivial pre-Christmas gathering.