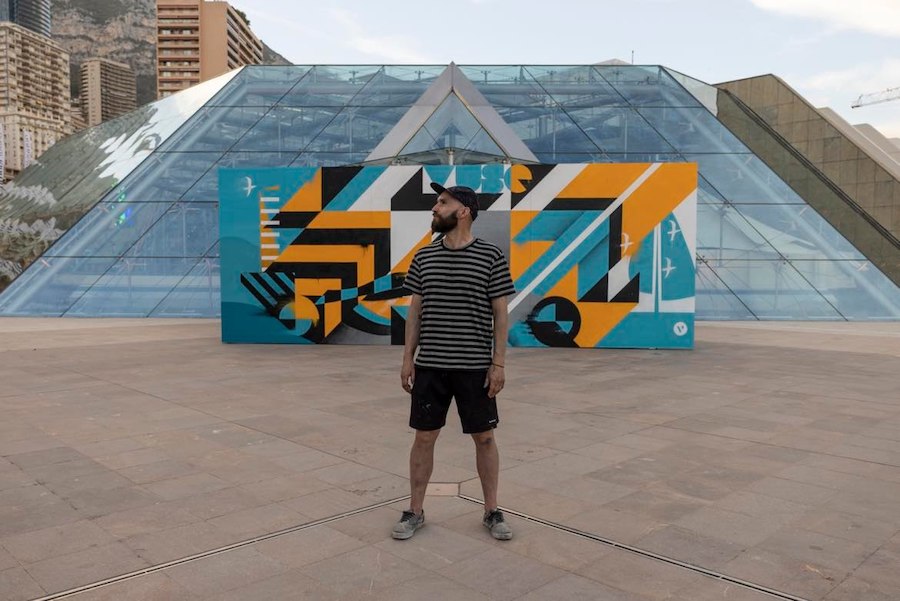 On Saturday, whilst qualifying for the Monaco Grand Prix was taking place just a kilometre down the road, Colombian muralist Dast was creating a spectacular mural at the iconic Grimaldi Forum through a partnership with McLaren.

The mural was created through Vuse and McLaren F1’s partnership Driven by Change, which offers underrepresented artists around the world the opportunity to showcase their talent at elite motorsport events.

The Driven by Change campaign made its debut last year at the Abu Dhabi Grand Prix, where Rabab Tantawy, a female artist from the Middle East, was given the chance to create a special livery. This year, the project saw Jonathan Walker work with the McLaren F1 team in Miami, and Dast’s mural is the second piece to be created this year.

The Colombian artist, originally from Bogota, was chosen for the event due to his “passion for art” and the contrast between the glitz and glamour of Monaco, and the diverse natural geography of Colombia which allowed Dast to step out of his comfort zone. The result is a mural, which “explores the relationship between peoples, places and spaces.”

Inspired by the sounds of F1 cars, which reverberated around the streets of the Principality, Dast worked for 15 hours to create the final piece. He applied his signature geometric style to capture the aerodynamic design of McLaren F1 Team’s car, as well as its vibrant papaya and blue colour theme. a

“Having my work showcased at one of the most exclusive grand prix races and painting the mural in real-time on a canvas such as Monaco’s beachfront makes the opportunity even more special,” said Dast.

The mural has been gifted to McLaren and will continue to be showcased as part of the Driven by Change initiative. The project continues to use the visibility that motorsport brings to give otherwise undiscovered artists a chance to shine on a global stage.