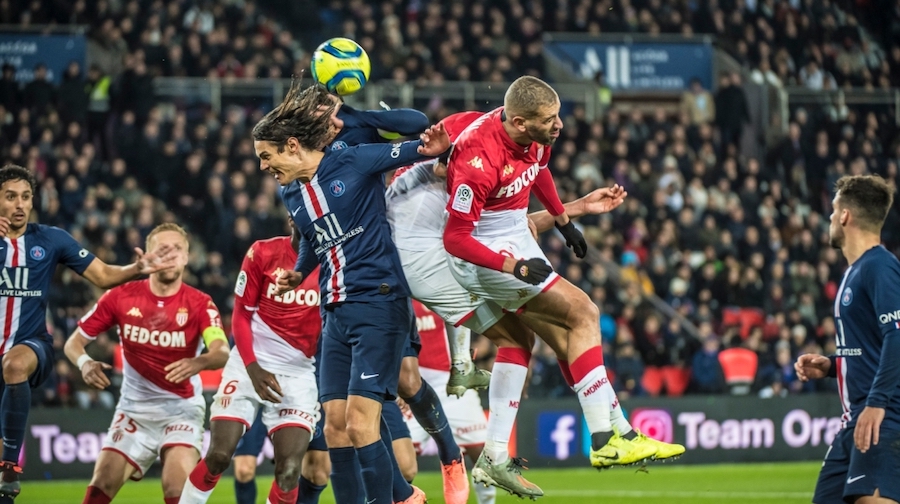 The Red and Whites came from behind to score a 3-3 draw against top-of-the-league Paris Saint Germain at the Parc des Princes on Sunday.

More than 700 fans made the trip to Paris to watch AS Monaco play the top team in Ligue 1, and they certainly were given bang for their bucks.

But Monaco was unruffled and four minutes later, Gelson Martins evened up the score, followed in the 13thminute by a magnificent goal by Wissam Ben Yedder. Neymar came back with a free kick, which was close but no cigar, in the 15th minute as Lecomte made a beautiful save.

Neymar made his second, and rather unfortunate (for Monaco) goal in the 24th minute of play when a shot was deflected off Fode Ballo-Touré, giving PSG the point.

It was Neymar’s night and in the 42nd minute, he converted a penalty shot into a goal, putting Paris back in the lead before halftime.

The second half was a lot of back and forth, but no conversions. Monaco fans were holding their breath as shots were made on Lecomte, who held up well under the pressure.

Just past the hour mark, Coach Moreno shook things up a bit and took Cesc Fabregas out, replacing him with Islam Slimani, which turned out to be a clever bit of coaching. Slimani was able to sneak the ball in past Paris goalkeeper Keylor Navas, tying up the match… but only momentarily.

The goal was put under review, as it was called offside and after a few nail-biting minutes, it wasn’t clear whether it would stand or not. In the end, it was ruled that Slimani had been played on by Marquinhos, and the goal stood.

With 20 minutes left of regulation play, it was still anyone’s game. The Red and White’s defence went on the attack and kept the game even. There were two scary moments in overtime play when Mbappé and Cavani almost slipped goals in past Lecomte, but he held firm and the game ended in a solid draw.

Monaco has a chance to revisit PSG on Wednesday as the teams play a make-up game from December, only this time they will have the home court advantage.