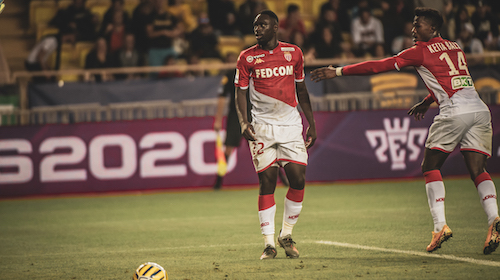 Winning four of their last five games, AS Monaco is on a roll. Wednesday night’s win pulled them up to 11th place in the Ligue 1 standings, knocking Marseille out of the French League Cup.

Despite some serious changes in the line-up including top scorer Wissam Ben Yedder being “rested” for most of the match and star striker Islam Slimani out with a groin injury, Leonardo Jardim’s Red and Whites saw a decisive win over Olympique de Marseille on Wednesday night at Stade Louis II.

Jardim seems to have finally got his defence working solidly as a team and proved his offense was more than the dynamic duo of Ben Yedder and Slimani. The win means that Monaco has qualified for the Round of 16 in the BKT Coupe de la Ligue coming up  in December, effectively eliminating Marseille from the running.

Monaco scored their two goals in the first half. The first was in the 24th minute by Jean-Kévin Augustin, the striker on loan from RB Leipzig who was keen to make a good show of it on his first team effort. The assist was made by right back Ruben Aguilar.

The second came at 40 minutes in when 26-year-old Aguilar took possession himself this time and steered the ball right into the net.

Marseille’s single goal came in the second half when in the 77th Benjamin Lecomte made good on his shot.

This was Monaco’s first victory over Marseille in their last five games together. The last time The Red and Whites beat them was way back in August 2017.