Comedy of errors land Leclerc in 3rd place in Russia

Comedy of errors land Leclerc in 3rd place in Russia 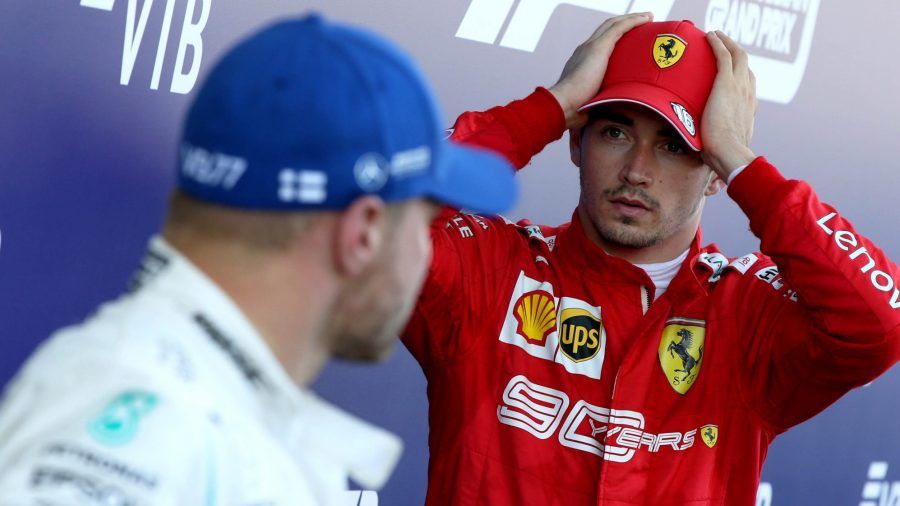 Charles Leclerc’s third place finish at the Russian Grand Prix in Sochi was a disappointment but, he says, not entirely unexpected as miscommunication, an unexpected breakdown and a dodgy strategy left the Ferrari pilot fighting for the top spot.

Sunday’s exciting race initially looked promising for Ferrari’s Charles Leclerc as he started at pole position, but once the race began he was quickly overtaken by teammate Sebastian Vettel, and that’s when things started going wonky.

With a slightly confusing strategy employed by Team Ferrari, whereby Leclerc would allow Vettel to take the lead early, Leclerc would edge out Mercedes’ Lewis Hamilton and then Vettel would fall back to allow Leclerc to regain the lead, putting the Ferrari pilots in the two top spots. But a comedy of errors ensued that no one saw coming.

First, Vettel refused to give up the lead, despite being ordered to do so three times, stating that he wouldn’t be able to maintain the second place slot if he slowed down, and also saying that he took the lead fair and square, without the assistance of his teammate.

Ferrari then decided to pit Leclerc to give him the advantage of fresh tires, but not long after he rejoined the race, Vettal suffered engine trouble, forcing him to quit. A virtual safety car gave Hamilton a chance at a freebie pit stop, and Leclerc was then forced to fight for his position.

Hamilton never looked back and crossed the finish line with his teammate Valtteri Bottas in the second place spot.

After the race Leclerc said that it would have been difficult to catch Hamilton, even if he had made it past Bottas. He also said that there is no fallout between he and his teammate over what happened, despite the fact it probably cost him the win.

This result puts Hamilton closer to an astounding sixth Formula One world title.