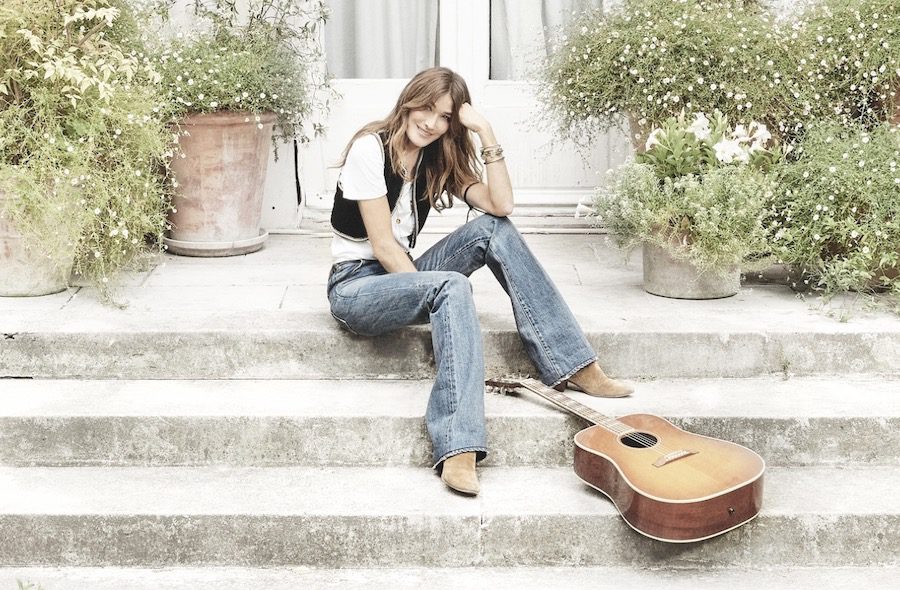 Former First Lady of France Carla Bruni is coming to the Grimaldi Forum on 7th January to perform songs from her anticipated new album, and there are a few seats still available.
The former French First Lady, fashion model and singer-song writer will be in  Monaco for one night only to showcase songs from her latest self-titled album with 17 new tracks. Carla Bruniwas released in late 2020.
Carla Bruni started her musical career in song writing for Julien Clerc before turning to the microphone herself in 2003 with her smash debut album Quelqu’un m’a dit (Someone told me), which spent 34 weeks in the French Top 10 charts.
Bruni went on to win the Victoire Award for Female Artist of the Year at the 2004 Victoires de la Musique. The same year, Bruni released her second album, No Promises, then the following year she released her third, Comme si de rien n’était (Like Nothing Ever Happened).
After marrying French President Nicolas Sarkozy in 2008, she took a break from music until her husband was out of office and returned in 2013 with the acclaimed Little French Songs. Her follow up, French Touch, was released in 2017, and was the last album she made before returning seven years later with Carla Bruni.
Carla Bruni was produced by the dynamic Albin de la Simone and was their first collaboration together and shows traits from both singer-song writer and producer. His multi-instrument style is evident as is her wont for sweet, poetic lyrics and refined arrangements.