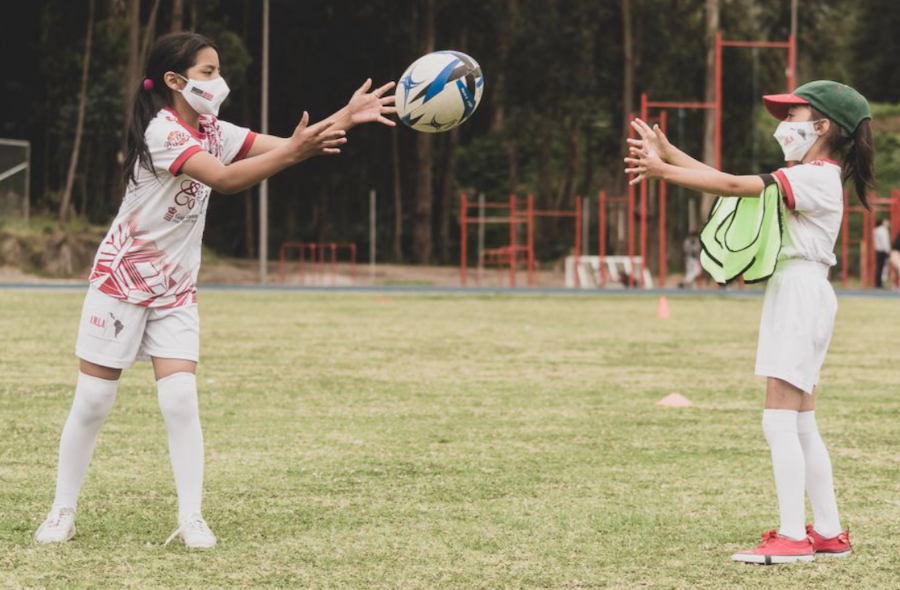 In the midst of the pandemic, the Princess Charlene Foundation and the Monegasque Association for Latin America joined forces to create a rugby school for underprivileged kids in Ecuador. The result was the Condors of Monaco.

One third of Ecuadorians live below the poverty line, according to the latest data by the World Bank, an increase of over 28% on the previous decade.

As is almost always the case, children are the ones who suffer most and in Ecuador, this is no exception. As a result, the Princess Charlene of Monaco Foundation, along with the Monegasque Association for Latin America (AMLA), created a rugby school in 2021 aimed directly at the children in the capital city of Quito.

The school gives these deprived children a place to go and, according to the precepts of the Princess Charlene of Monaco Foundation, offers them a sense of well-being that contributes to overall development through the power of sport.

The school, named the Condors of Monaco, is operated by the Huma Rugby Ecuador programme of the Pichincha Rugby Association. The main objective is to cater to the neediest children, but places are available to anyone who wants to “share the universal values of sport and rugby in a spirit of camaraderie and friendship”.

The school’s first year saw 120 boys and girls between the ages of four and 14 hitting the field to play together, instilling friendship and learning good sportsmanship. Seven coaches were trained to teach the children the finer points of the game.

A special match was played on 7th December to round out the year at the brand-new stadium for the Ecuadorian football club, Independiente del Valle. The exhibition game allowed the children to show off the new skills they acquired and to demonstrate their progress to their parents.

Amongst the values learned over the course of this first season were discipline, respect, integrity, passion and solidarity, as well as following the Pichincha Rugby Association’s motto of “Rugby with an R for Respect”.

The Princess Charlene of Monaco Foundation’s Sport and Education programme was designed to contribute to the health and development of children by promoting sport in many forms.