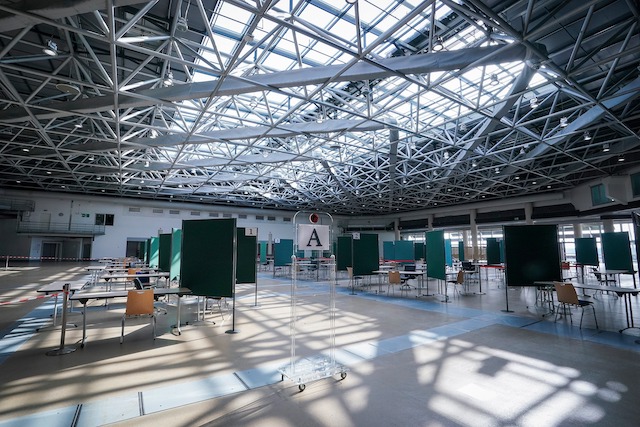 The Grimaldi Forum is prepped and ready to receive thousands of residents who will be tested for Covid-19, as the Principality embarks on its mass screening regime.
Normally, the Grimaldi Forum would be putting the finishing touches this week to the upcoming EVER Monaco renewable energy event, a key date in the forum’s busy calendar.
Instead, the Principality’s largest congress facility has had its schedule wiped clean and has been repurposed as a giant testing centre, where volunteers will be taking blood samples from tens of thousands of residents and employees of the Principality.
The Grimaldi Forum is one of two Covid-19 testing sites, the other is the Espace Leo Ferré in Fontvielle. 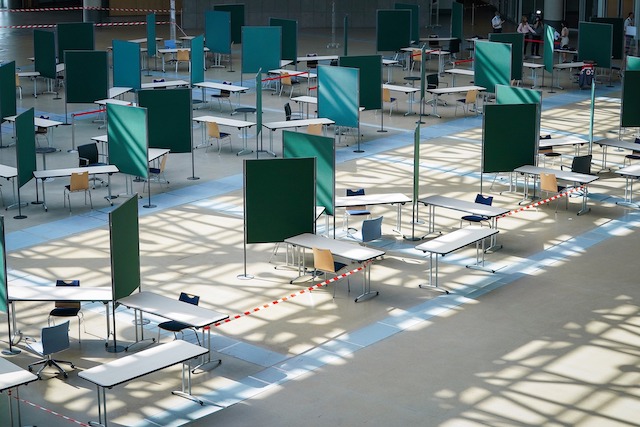 Final preparations were made on Monday ahead of testing which starts on Tuesday 19th May. It was led by Colonel Tony Varo, Superior Commander of the Public Force, Christophe Orsini, Technical Advisor to the Board of Directors of the Princess Grace Hospital Centre, and Ludmilla Raconnat Le Goff, General Secretary of DASS.
The mass testing programme will bring together doctors, nurses and volunteers to take the samples, as well as security personnel in charge of enforcing the correct order of passage, the compulsory wearing of masks and social distancing measures. 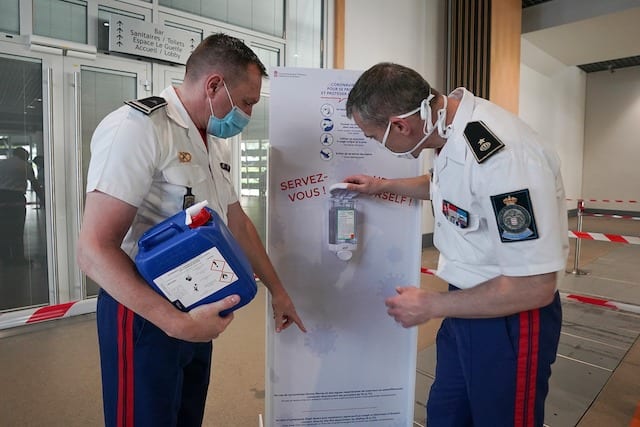 Residents should have already been notified by post of their position in the testing schedule and which of the two sites they can go to. On Tuesday 19th, Espace Leo Ferré will welcome people whose surnames begin with the letter A, while the Grimaldi Forum will take people whose surnames begin with the letter B, between the hours of 8am and 6pm.
The government aims to test around 90,000 residents and employees of Monaco, however the tests are voluntary.