Consequences of Ukraine war felt in the world of sport

Consequences of Ukraine war felt in the world of sport 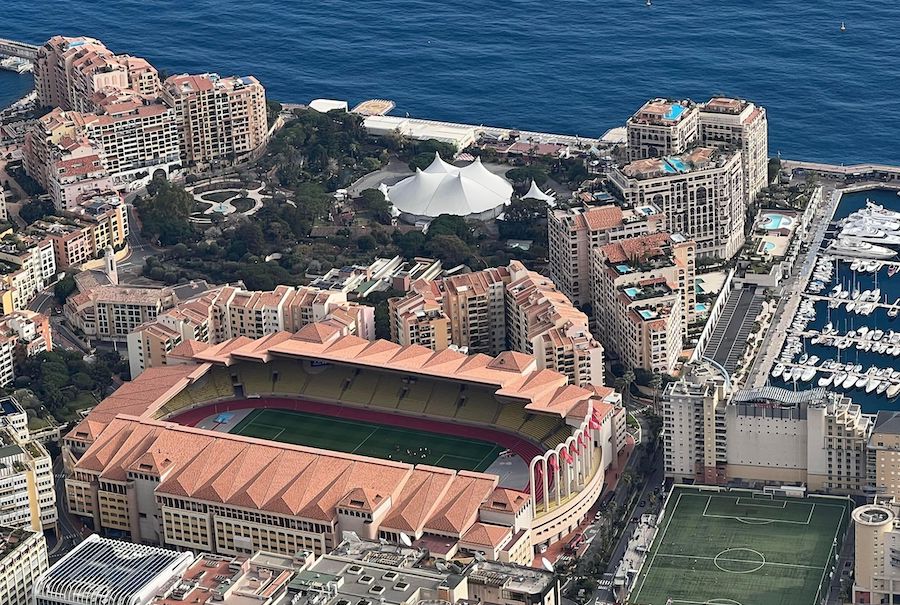 Although trivial in the context of the humanitarian crisis precipitated by Putin’s invasion of Ukraine, the impacts of the war are nonetheless being felt in European sport, including Monaco’s football and basketball sides.

The effects of the war, and the subsequent sanctions has all but put a stop to Russian football on the European continent. The final of the Champions League, the crowning jewel of club football, was due to be played in Saint-Petersburg on 28th May. Russia have now been deprived of that honour, the final instead now set to take place in the Stade de France in Paris.

Things would get dramatically worse for Russian football on Monday evening as a joint Uefa-FIFA statement confirmed that Russian clubs and national teams were to be barred from all competitions until further notice. This meant Spartak Moscow, who were due to face German side RB Leipzig in the Europa League, have been kicked out of the competition, their would-be opponents getting a free-pass into the quarter-final.

The statement also consigns the fate of the Russian national teams. The men’s side had been due to face Poland in a World Cup qualifier in late March, whilst the women’s side will no longer compete in this summer’s Euros, set to be hosted by England. Both sides will now miss out on their respective major tournaments.

The decision comes just a day after a much-criticised, more lenient FIFA statement, in which Russia were to be banned from playing on their own territory and from using their flag and anthems in matches. It had also been announced that they would have to compete under the name “Football Union of Russia”.

In response to the initial statement, the Polish FA, in a letter to the governing body, reiterated, “As a football association, we refuse to participate in play-off matches in which the Russian national team appears.” Sweden, who were a potential opponent in the play-off final, also refused to play Russia.

In addition, the Russian GP, which was due to take place in Sochi in late September, has also been cancelled. No replacement race has yet been scheduled.

Football and the oligarchs

Targeted sanctions by both the EU and the UK government have sought to limit Russian influence on the continent. Oligarchs are understandably worried. Fearing the repercussions of sanctions, Chelsea FC owner Roman Abramovich, who has always maintained that he in fact does not hold close ties to the Kremlin, handed over “stewardship and care” of the club to trustees of Chelsea’s charitable foundation. As yet, it is unclear exactly what this means, what is clear, however, is that he is trying to protect his asset.

On the face of it, AS Monaco’s Russian owner Dmitry Rybolovlev would also seem vulnerable to sanctions. As pointed out by Eurosport, however, his situation greatly differs from that of his compatriot. Appearing on Eurosport, Lazar Van Parijs said that “He (Rybolovlev) is far from close with Putin. He also has a Cypriot passport. He therefore isn’t under the same legislative constraints. There is no comparison between the Rybolovlev and Abramovich case”

Monaco recently celebrated 10 years under Rybolovlev’s stewardship, in which time the side won the Ligue 1 title in 2016.

Gestures of solidarity in the Principality

Rybolovlev was not present at the Stade Louis II for Sunday’s loss against Reims, but Russian vice-president Oleg Petrov was in the stands as the start of the match was symbolically delayed in solidarity with the Ukrainian people.

The decision was taken by Reims’ president Jean-Pierre Caillot, and was agreed upon just before kick-off by both sides. Monaco manager Philippe Clement believed that the decision to delay the kick-off should have been communicated earlier, but he did express his support for the sentiment. “There is no-one at the club that wants the war.”

AS Monaco Basketball’s Friday night fixture against Fenerbahce was also bookended by moments of solidarity. In front of the Roca Team’s Russian owner Aleksej Fedoriscev and Ukrainian Vice-President Sergey Dyadechko, referees held up “Stop the war” signs. Monaco player Donatas Motiejunas meanwhile, refused to talk basketball during the post-match interviews, seeking instead to highlight his support for the Ukrainian people.

The Roca team’s calendar is also being affected by the war. Similar to the evolution of FIFA’s response in the football arena, the punishments on Russian basketball teams got incrementally harsher. Having initially been banned from competing in the Euroleague on home soil, a statement from the competition organisers on Monday evening banned them from the competition altogether until further notice.

The organisers said that they will “monitor the evolution of the situation. Should the situation not evolve in a favourable way, all regular season games versus Russian teams will be annulled to configure the leagues’ standings.”

This affects AS Monaco, who have a strong record against Russian sides this season, picking up four victories from a possible five. The side will now not travel to the Russian capital for their fixture against CSKA Moscow, which had been scheduled for 17th March.

The sanctions imposed by the EU, sporting bodies, both domestic and pan-European, and by individual states, are rapidly evolving and changing in what is a very fluid, often unclear situation. Further expulsions and sanctions in the coming days and weeks are very much on the cards as the sporting world reacts to the devastating and ever-changing situation in Eastern Europe.