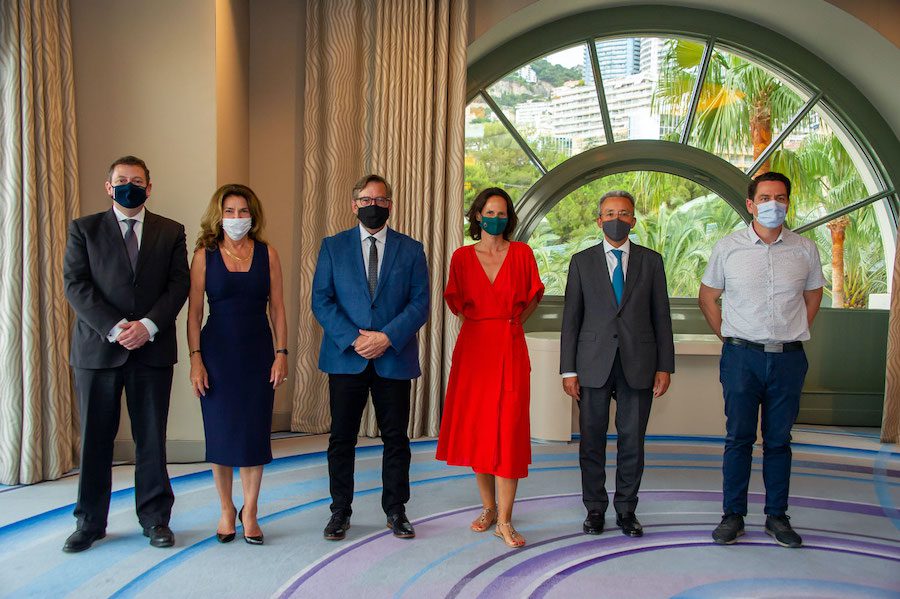 The Monaco Economic Board met with the Quebec, Canada General Delegation in France and Monaco for a conference highlighting the latest responsible construction trends being employed in the Principality.
The Monaco Economic Board (MEB) met on Monday 19th July with Monaco and France’s Quebec Delegation for a conference on innovative, responsible construction technology methods. These approaches are already in use in the Principality and can been seen in action at the Carmelha Tower site.
Developed by Quebec company Upbrella, the technology means that buildings can be constructed without cranes, using less overall space, building with sustainably sourced wood and creating less pollution on the site, thus reducing the overall carbon footprint.
MEB Executive Director General Guillaume Rose welcomed the participants saying, “Application of this innovative technology in the Principality is an excellent starting point for closer cooperation between entrepreneurs in Monaco with those in Québec in all possible sectors.”
Michèle Boisvert, Delegate General of Quebec then opened the conference, drawing attention to similarities between two territories “who share the same visions and pay particular attention to environmental and marine issues as well as northern issues”.


A presentation on the technology was then given, followed by a cocktail and networking event allowing all the players to meet and mingle.
Prior to the conference, there was a visit to the Carmelha Tower site which saw Annabelle Jaeger Seydoux, Director of the Monaco Energy Transition Mission, and Jean-Luc Nguyen, Director of Public Works in attendance.
This is the second meeting of the two entities, the first having taken place in January via a webinar. Both sides are looking to expand and strengthen exchanges, and other collaborations are said to be in the pipeline.
Ms Boisvert ended by making her city’s unique position geographically and philosophically known, declaring, “We share the same values and language but we Québécois do business the American way. Our territory is therefore an ideal gateway for developing business in North America.”
A gateway that the MEB is determined to pass through.


Photo provided by the MEB