Construction worth €2 billion to Monaco

Construction worth €2 billion to Monaco 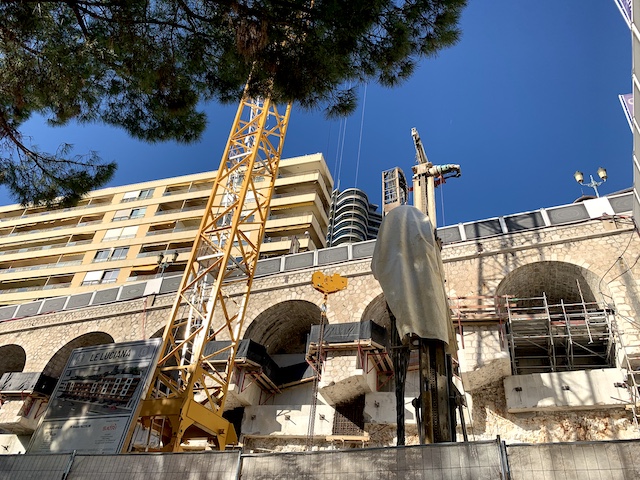 The Large Construction Sector (GSA) generated 13.1% of Monaco’s revenue last year, making it the third largest sector in terms of turnover and the fourth largest employer.

According to the latest report by statistics group IMSEE, as of the 31st December 2019, the Principality counted 484 active establishments in the construction sector that employed 5,211 workers. The breakdown saw 35.7% of these 173 companies falling under the category of “other specialised construction works” followed by plumbers, electricians and other installers who accounted for 129 businesses and 26.7% of the employees. Only 2.3% fell under the auspices of residential and non-residential construction workers.

The average age of the companies in these fields is quite high, sitting at 16.6 years, as opposed to the Monegasque average of 12.8 years in other sectors. Six of these companies have been in existence since before 1950, and the oldest was founded in 1941.

Nearly half of these companies are SARL’s and the rest fall under SAM’s or self-employed.

With nearly €2 billion in revenue in 2019, the construction sector is the third biggest contributor in terms of turnover, dropping from the second place spot in 2018 behind Wholesalers and Scientific and Technical Activities, Services, Administration and Support.

Not every category falling under the Construction sector expanded, though. Notably, there was a 19.7% reduction in revenue from those involved in finishing work.

Globally, there were four less enterprises engaged in this sector than the previous year. Most of these companies are small to medium in size. 37% have less than five employees, 58.1% have between five and 49. Only 4.5% have more than 50 people on the job for them. The vast majority of the employees are men. Only 8.8% of those working in these fields are women, compared to 40% in Monaco’s total workforce. Just over half of the employees are French (51.3%) but are proportionally less than in the private sector where 62.9% hold that nationality. Most also live in France, though 16.2% reside in Italy and 5.2% in Monaco. The average age of workers in this field is 43.1 years of age, just a hair over the Monaco average of 42.