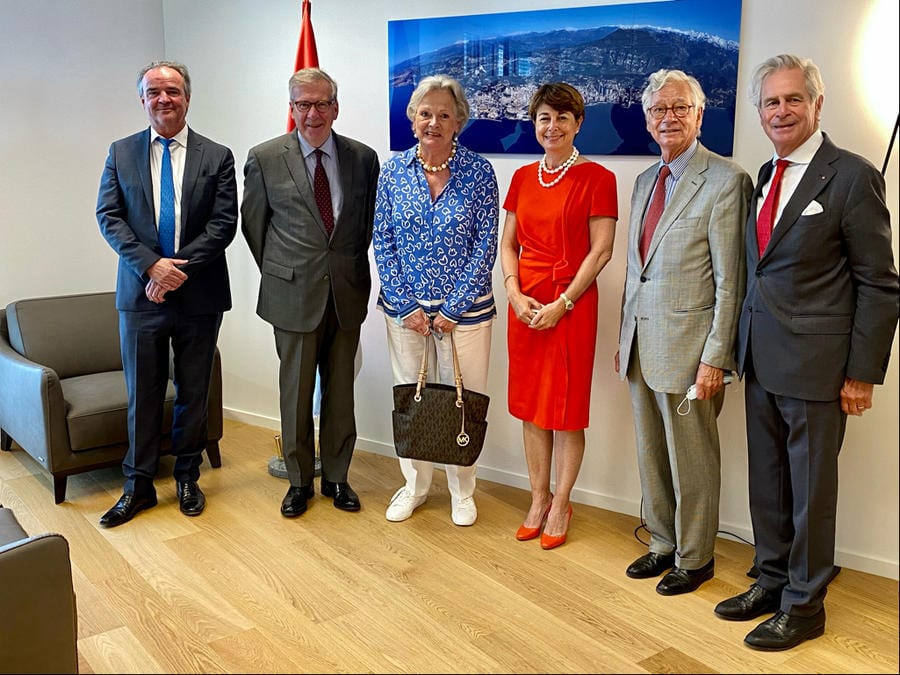 On 9th July, the Embassy of Monaco in Belgium organised a working meeting attended by the Honorary Consuls of Monaco in Belgium, the Netherlands and Luxembourg.
An update on the Covid-19 pandemic was made, followed by a presentation of the news and priorities of the Prince’s Government as well as the actions planned by the Embassy for the coming months.
Particular emphasis was placed on the Principality’s mobilisation in favour of the environment, by highlighting the revised objectives of reducing greenhouse gases by 55% come the year 2030.
Monaco’s desire to perpetuate and to amplify its digital model was also a hot topic, as well as major public projects such as the Mareterra project, the renovation of the Larvotto beach complex and the development of the new Princess Grace Hospital Centre.
Discussions also took place on the progress of negotiations for an association agreement with the European Union.
The meeting was an opportunity for Isabelle Berro-Amadei to welcome Johannes Leenders, the Honorary Consul of Monaco in Amsterdam, who participated for the first time in the meeting since his appointment in March 2021.