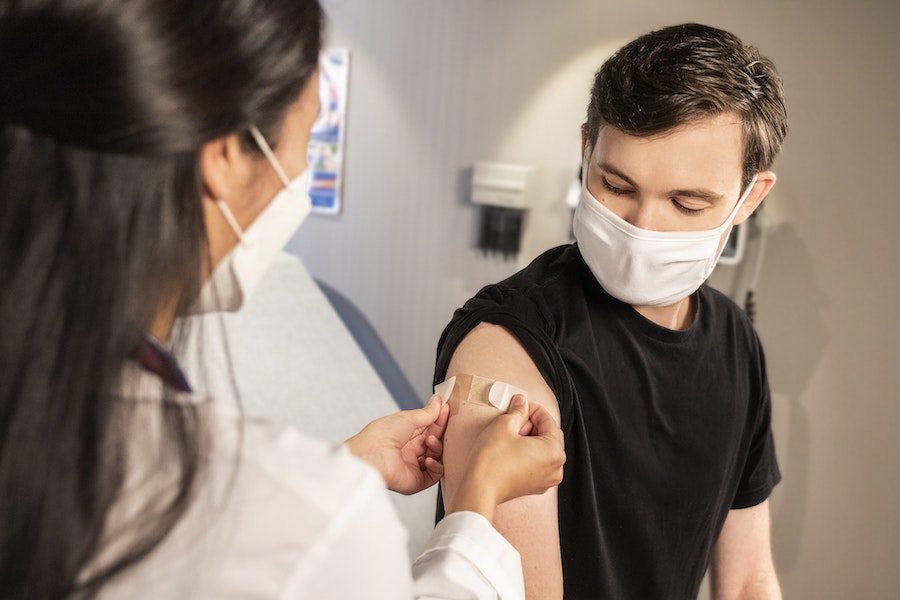 Vaccinating kids between 12 and 16 in France has become a source of contention as a new law will soon only require the consent of one parent, causing rifts in households and amongst parents with differing views.
On 28th July, French Education Minister Jean-Michel Blanquer said that from the start of this school year, a positive Covid test in a classroom would lead to a week-long “eviction” of any unvaccinated students who had been in contact with the infected child.
Meanwhile, the government approved the use of Covid vaccinations on children starting from 12 years of age on 15th June, subject to the approval of both parents.
The new law, which comes into effect on 9th August, allows for just one parent’s approval “unless otherwise stated by a doctor.”
“Vaccinations will take part in this movement of herd immunity that will enable us – we hope – to limit the closure of classrooms, junior high schools or high schools when school resumes in September, to protect teens who can sometimes develop symptomatic diseases. This is quite common in the fight against epidemics to vaccinate young teenagers,” the Health Minister said in defence of the decision.
The idea was to make it easier for teens to get jabbed, but it has turned into a controversy, pitting parents against each other based on their own personal philosophies.
Online testimonials collected by France Info show a deep divide. One man said that during an argument over the subject of childhood immunizations, his wife, who opposes them, called him a “collaborator”.
“Vaccination in general is a source of conflict, our discussions went very far,” said the husband. “Finally, my wife understood that she had exceeded the limits and especially that I would not bend on this subject for our [two] children. It was that or she could walk out the door, no matter if the divorce cost me everything.”
Another father of two teens said he felt helpless against his ex-wife’s refusal to immunise his kids.
“Personally, I am in no rush to vaccinate children, but I am aware of the important role it has. If it has to be done, I will do it,” he wrote. He says their mother “went so far as to write a notice against the vaccine in the children’s health book, to have some evidence in case I did it behind her back, probably.”
With the new amendment, the mother’s request could be ignored if the father chose to take the children to be vaccinated.
How this will play out is yet to be determined, but it is almost certain that it won’t be a pretty sight.