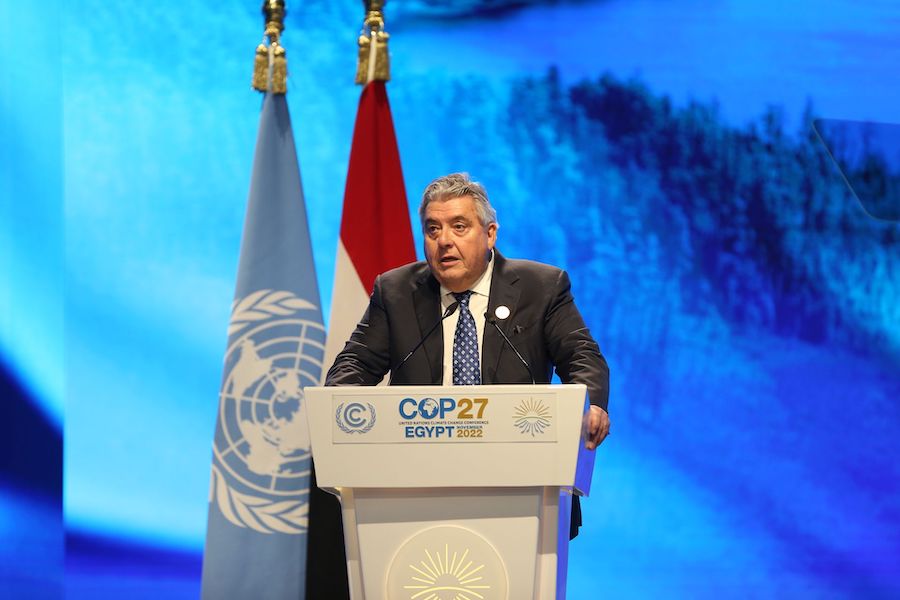 Monaco’s Minister of State Pierre Dartout has represented the Principality at COP27 in Egypt.

He was joined by Minister for Equipment, the Environment and Town Planning Céline Caron-Dagioni at the opening conference on Monday 7th and Tuesday 8th November for the Summit of the Heads of State.

Dartout participated in two high-level round tables: ‘Innovative finance for climate and development’ and ‘Climate change and the sustainability of vulnerable communities’, during which certain actions by the Principality were highlighted. The financing of climate action in developing countries is at the heart of discussions related to the implementation of the Paris Agreement.

Monaco’s Minister of State spoke about the Prince’s Government’s commitment to achieve carbon neutrality by 2050 in accordance with the objectives set by HSH Prince Albert II.

Several bilateral meetings were also organised on the sidelines of the summit, in particular with the Head of the Andorran Government, Xavier Espot Zamora.

The 27th Conference of the Parties to the United Nations Framework Convention on Climate Change (COP27) kicked off on Sunday 6th November in Sharm el-Sheikh, Egypt. After a decade of intense negotiations culminating in Glasgow (COP 26) with the adoption of the latest rules for the application of the Paris Agreement, the debates are now entering the era of implementation.