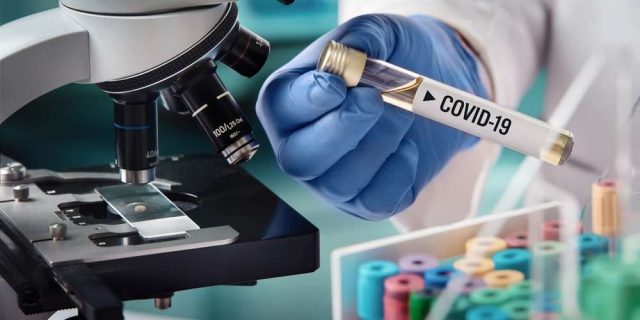 The National Council is calling for widespread testing for Covid-19 in Monaco, saying around 200,000 tests are need for both residents and workers.
The call formed part of a range of proposals put forward by the Assembly at the first meeting of the Covid-19 Monitoring Committee on Monday 30th March. The committee was formed by order of the Prince earlier this month to unite the National Council and the Prince’s government on important decisions surrounding the Covid-19 crisis.
In addressing Minister of State Serge Telle, head of the committee, National Council President Stéphane Valeri said: “Our presence here represents a clear and legitimate request: that the Assembly finally be heard and can debate its concrete proposals, so that they are taken into account to optimise the measures being taken by the government.”

The council asks that Monaco limit the number of patients it treats from outside Monaco, namely residents living between Villefranche and Menton, excluding vital and risk-free emergencies. It also asks that the government designate a time each day to deliver information to the public on the latest figures from the health department including confirmed cases of Covid-19 in the previous 24 hours.
The council also asks that Monaco follow France’s decision to write into law the authorisation of certain treatments, including hydroxychloroquine and certain antivirals.
Another key area that the council would like to see addressed is the widespread distribution of masks to people in Monaco, giving priority to those at the front lines, but also more generally to the entire population, who “must be able to have the essential masks during this period to run errands, go to the pharmacy or to urgent medical appointments, or fulfil obligations outside the home related to their work,” said Mr Valeri.
The Assembly is also calling for massive screening for Covid-19 throughout Monaco. “The National Council proposes to buy large numbers of serological tests for all residents and workers (around 90,000 people), at the rate of two tests per person to obtain a reliable result. Almost 200,000 tests would have to be acquired.”

Asking how the government expects people to understand self-isolation when, out of their windows, they can see people continuing to work in large groups, the head of the council called for an immediate halt to all public and private construction sites.
In order to protect the population, the council also wants reinforced controls at the border. “No car outside of Monaco should be able to enter the Principality for reasons other than work or a medical reason (excluding neighbouring municipalities for food).”

Given the closure of schools and daycare centres, the Assembly proposes a range of support measures, including maintaining 100% salary for employees with a salary below the Monegasque median (approximately €2,200 net per month), and 80% for those with a higher salary, with a ceiling of 4.5 times the Monegasque minimum wage (€1,573.66 net / month). For the self-employed who have to keep their children at home, the National Council asks for the allocation of a lump sum, on proof of loss of income, in the amount of €2,200 net monthly”, corresponding to the Monegasque median salary.

“France has announced an effort of €45 billion direct aid and €300 billion to guarantee bank loans. Monaco must do more than the measures announced so far, since the Principality has no debt, unlike most countries, and has a large reserve with the Constitutional Reserve Fund,” said Mr Valeri.
Firstly, the National Council requests that €150 million be directed by the General Treasury of Finances to an emergency intervention fund for supporting the economy.
“This money must be mobilised from the cash of the Constitutional Reserve Fund and not by the sale of shares, which have lost much value in recent days,” says the council.
Regarding the bonus announced for civil servants and agents of the State, the National Council approves a government decision to grant an exceptional bonus of €1,000 for all those on the front lines of this crisis.
But the council would like this bonus to be extended to “all public personnel who are required to expose themselves and break the confinement, including police officers and members of the fire brigade.”
The Assembly requests that this bonus also be given to the administrative staff of the Principality’s health centres (CHPG, IM2S, Center Cardio-Thoracique, Center d’Hémodialyse Privé), as well as life support workers in private companies, pro rata hours worked.
For the nursing staff who work at these health centres, the National Council wants to go even further by giving them a €1,000 bonus every month until the end of the crisis.

For people placed in revised temporary total unemployment (CTTR) or partial unemployment (CTP), the National Council requests that 100% of wages be paid, up to the amount of Monaco’s median wage, or €2,200 per month. That should be reduced to 80% for higher wages with a ceiling equivalent to around 4.5 times the Monegasque minimum wage.
The National Council requests that telework be made compulsory by Ministerial Decree for all possible positions to avoid the displacement of employees.
For employees whose employers have a cash flow problem, the council wants to offer an advance from the State to the Emergency Response Fund (via the TGF), repayable afterwards, after payment from the CTTR. “The sums must be paid without delay so that wages are paid on time.”
The National Council is also asking for an urgent regulatory text or a bill to prohibit all redundancies until the end of this crisis.
For freelance workers, the National Council requests that those affected by the crisis be paid a monthly allowance, equivalent to the Monegasque median net salary – €2,200 net per month.
“This measure would benefit the self-employed, liberal professions and managers of very small companies who usually generate up to €1.5 million in annual turnover excluding tax, who face a loss of 50% at least of the turnover during the month of March 2020, compared to the month of March 2019.”

For employers who have a cash flow problem, the council requests State-funded aid which would be wholly or partially repayable depending on circumstances. It also proposes the postponement of social and tax charges for one quarter from March, and the following quarter until the end of the crisis.

The council wants private landlords to reduce their commercial rents by 20%, accepting payment of 50% of the rent and granting a deferral of rent for the balance of 30%, over three months renewable. “This measure must be based on regulatory provisions or on an exceptional law, justified as an ‘unforeseeable, unavoidable and external event’.”

“Given the profound upheaval of the primitive budget 2020, voted in December 2019, the National Council requests a first Amending Budget voted at the earliest, reviewed a second time in the autumn.”
It now up to the government to provide its response.