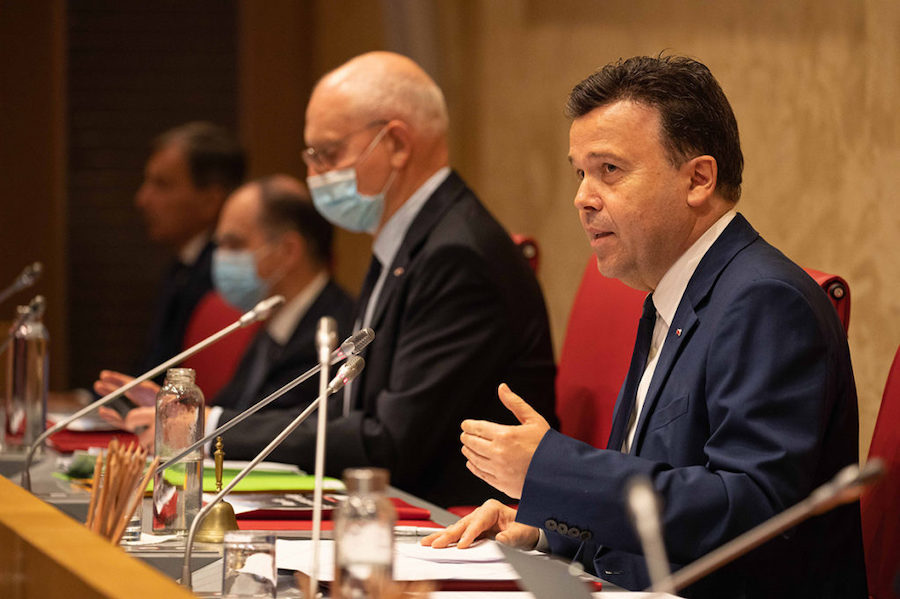 The National Council crammed in a huge amount of work for its last meeting of the spring session, including family allowances for self-employed workers, a bill on the fraudulent organisation of insolvency, and rights to an account.

The first bill presented was on the establishment of a right to an account. This is a revised proposal introduced in September 2017 by Christophe Steiner, then President of the National Council. He presented this at the end of his term, knowing full well that it would require a tremendous amount of legal wizardry.

The proposition has thus been turned into a project by the government. For his part, Minister of Finance and the Economy Jean Castellini described this right to the account as effective, practical and operational in the private or professional fields and confirmed the agreement of the government on all the amendments proposed by the National Council.

The next bill on the table was a question of creating family benefits for the self-employed, particularly with regard to heads of household and outmoded gender roles.

“The texts in force in this area have, so far, posed the principle of the primacy of man over woman,” Didier Gamerdinger said of the history of this issue. “However, this approach is not in line with the evolution of society which fully recognises gender equality today, which is perfectly legitimate. The women of this country aspire, and it is legitimate, to a recognition of their rights in this regard. This is the reason why the government has undertaken to put an end to the application of backward-looking rules that can no longer be understood today.”

It was brought up that negotiations with France on this matter were imperative, so the current bilateral social security convention could be revised to be acceptable and sustainable by CCSS.

“This is a breakthrough for women dependent on the scheme as self-employed workers and residents in the Principality who can now opt for the status of head of household,” said Council President Stephane Valeri. “If resident female civil servants already enjoyed this right, this is still not the case for salaried women and we can therefore only invite the government to try to reach the renegotiation of the bilateral agreement as soon as possible, a condition prior to this development.”

The meeting was wrapped up with two bills relating to the judiciary. Both bills aim to get the Principality in line with recommendations made by the Council of Europe’s Group of States against Corruption (GRECO) by 31st December. In order to make this happen, the National Council has altered the rules of procedure. Once accepted, these modifications will be sent to the High Court for approval.

Local News Stephanie Horsman - March 18, 2022
Prince Albert has announced in a video message that Monaco is officially welcoming refugees from the conflict in Ukraine, and a special unit has been created to support and receive victims.

Local News Luke Entwistle - April 11, 2022
Saturday not only marked the start of the 125th edition of the Monte-Carlo Masters at the Monte-Carlo Country club, but also heralded the return of fans to the famous clay courts.