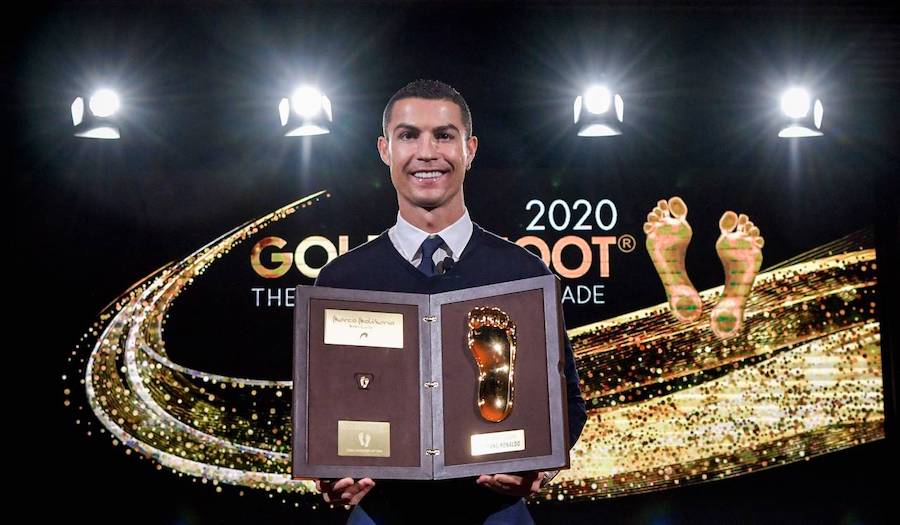 The build-up to the Golden Foot Award, to be held in Monaco on 29th November, has begun with the closing of the public vote to decide this year’s winner. Amongst those who will be present on the Promenade des Champions will be former AC Milan and Italy defender, Paolo Maldini.
In a change to the planning of the award, the Golden Foot will now be awarded on the 29th November at the Fairmont in Monte-Carlo, rather than the original 9th November date. The new date coincides with the award of another prestigious football award – the Ballon d’Or, which will take place in Paris.
The poll to decide the winner from members of a shortlist that was opened back in August closed on 31st October. The 10-man shortlist is as follows: Lionel Messi, Robert Lewandowski, Giorgio Chiellini, Neymar, Mo Salah, Sergio Ramos, Sergio Aguero, Gerard Piqué, Karim Benzema and Romelu Lukaku.
One of these players will quite literally follow in the footsteps of last year’s winner Cristiano Ronaldo, by receiving the award and having their foot printed on the Promenade des Champions. Lewandowski and Benzema will be amongst the favourites, having both enjoyed prolific seasons for club and country.
Having captained his country to victory in the European Championship in the summer, Italian defender Giorgio Chiellini will also have his eyes on the prize. His glittering career has emulated that of the great Paolo Maldini, a fellow Italian defender who was a serial winner at club level. Maldini will also be honoured alongside fellow greats of the game, Gabriel Batistuta, Günther Netzer and Gabriele Oriali, all of whom will be present to receive the Golden Foot Legend Award.
On the 29th November, the 19th edition of the much coveted Golden Foot Award, will see the legacy of another great of the game cemented in history.