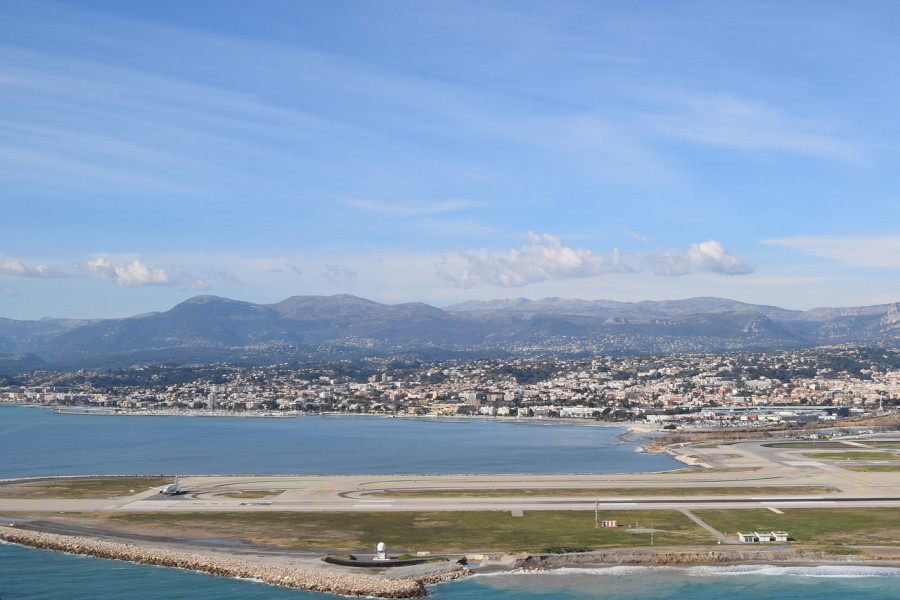 Nice Côte d’Azur Airport got the thumbs up from the Administrative Court of Marseille to proceed with an expansion of Terminal 2, despite protests over its alleged environmental impact.

Nice Airport has been under fire for its proposed plans to expand Terminal 2, with opponents citing environmental impact concerns as well those over air traffic and excessive-tourism.

The Administrative Court of Marseille has now deemed the project worthy to continue, citing that it “does not have the effect of increasing air traffic significantly and with certainty”, nor is it adverse to protecting the environment.

Nice Côte d’Azur’s plan will increase airport capacity to 18 million passengers per year, 1.75 million more than pre-pandemic, with an estimated 36% of travellers being residents and 24% frequent visitors, mainly for work purposes.

“There’s no other mode of transport that requires so little construction to allow travellers to directly connect two points that are several hundred or thousands of kilometres apart. Our Terminal 2 extension project, which doesn’t require soil artificialisation, represents the best construction-connection ratio,” said Franck Goldnadel, Chairman of the Board of Aéroports de la Côte d’Azur, in a statement.

As far as environmental concerns, the airport stresses it was the first in France to achieve carbon-neutrality by offsetting means back in 2016. It has furthermore pledged to achieve the same goal, without offsetting, by 2030, with the new Terminal 2 project included in the calculations.

The airport has also announced measures to accelerate the reduction of aircraft emissions when approaching, taxiing or taking off from the airport. It says it is working with the entire sector to facilitate innovation and the development of low carbon solutions in the air, by means of electric aviation or the integration of bio-fuel.