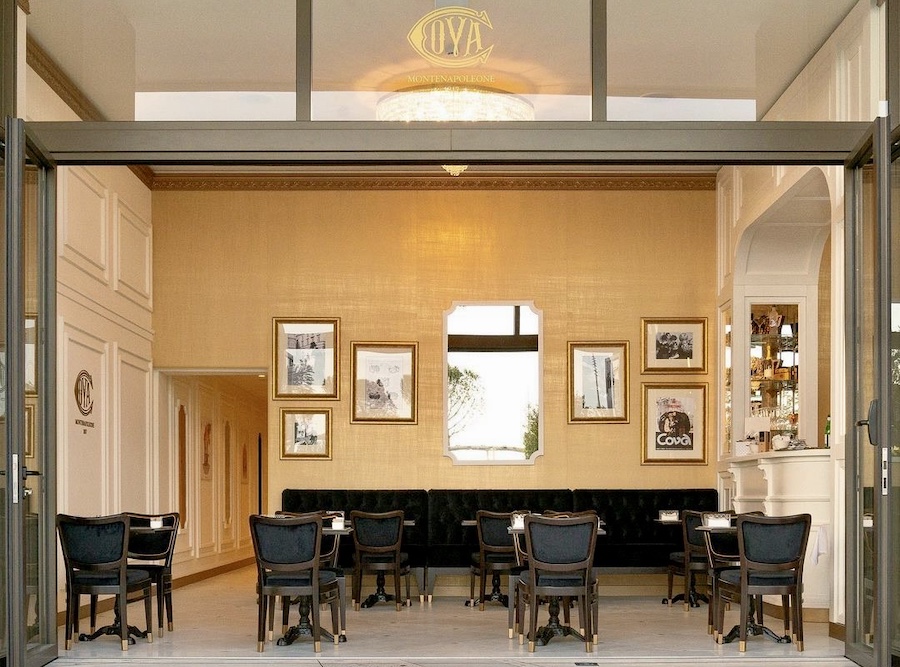 Cova has been a Monaco institution since its inception on Boulevard de Moulins in 2016. Now, a second establishment, run by restaurateur Flavio Briatore, has flung open its doors at the Palais de la Plage.

“Since we opened the first Cova on Boulevard des Moulins, Cova Monte Carlo has become an essential address and a point of reference in the Principality. With this second establishment at the Palais de la Plage, we are proud to represent Italian excellence and tradition in Monaco,” said Briatore about the latest opening.

The original Cova was established in Milan back in 1817 by Antonio Cova, a Napoleonic soldier, making it one of Italy’s oldest pasticceria. A place of elegance and style, this romantic tearoom and pastry shop has been exported around the globe to places as far flung as Kuwait, Shanghai, Hong Kong, Paris, Japan, as well as to Monaco.

In 2013, the chain became part of the LVMH group. This new Cova extends the brand’s European presence.

“We signed a long-term partnership with Flavio Briatore in 2016,” said Paola Faccioli, CEO of Cova, “to which we have now added a second location in Monaco, offering local and cosmopolitan customers excellent products and impeccable service.”

She goes on to explain that the eatery in the Palais de la Plage combines “the emblematic characteristics of the historic Milanese place with innovative elements and materials reminiscent of contemporary design.”

The interior is clean and sleek, whilst retaining an old-world charm. The combination of white woodwork, blue velvet upholstery and gold gilt make for an airy, inviting location and a nice way to pass a few hours chatting with friends or watching the world go by. For an al fresco dining experience on sunny days, there is also a large 40m2 terrace.

The owners hope the new Cova will fast become a gathering spot for those in the know, offering a selection of pastries throughout the day from breakfast to aperitif time.