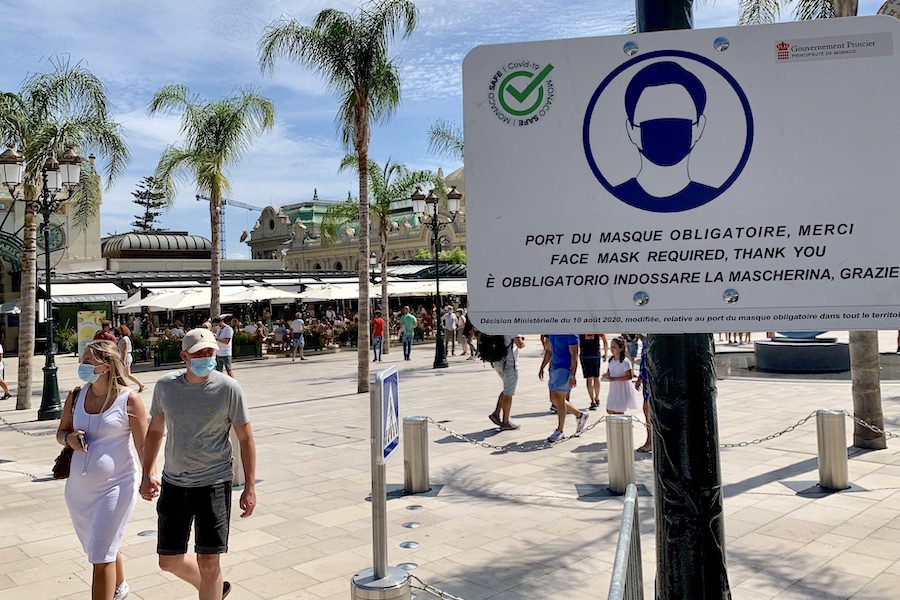 After weeks of rapid elevation, Monaco’s incidence rate has stabilised at 276. It comes as the Principality sees the highest number of Covid tests conducted since the pandemic began.
According to the latest figures released by the government, in the week leading up to 1st August, 6,904 PCR and antigen tests were undertaken in Monaco by both residents and non-residents. That’s almost 1,300 more than the previous week’s record number of tests.
It coincides with a 24th July move to limit access to Monaco’s restaurants and cafés to foreigners with a health pass.
Amidst the latest coronavirus screening, 3.36% of tests came back positive. This is a slight drop on the 4% positivity rate seen throughout the month of July.
Meanwhile, the last week of July saw a stabilisation of the incidence rate at 276. This figure, which represents the number of positive cases per a population of 100,000, began rising at the start of June, when it was 10.
Hospitalisations also remain stable, with 13 people currently being treated at the Princess Grace Hospital. Of these, three patients are in ICU, one of whom is a resident of Monaco.