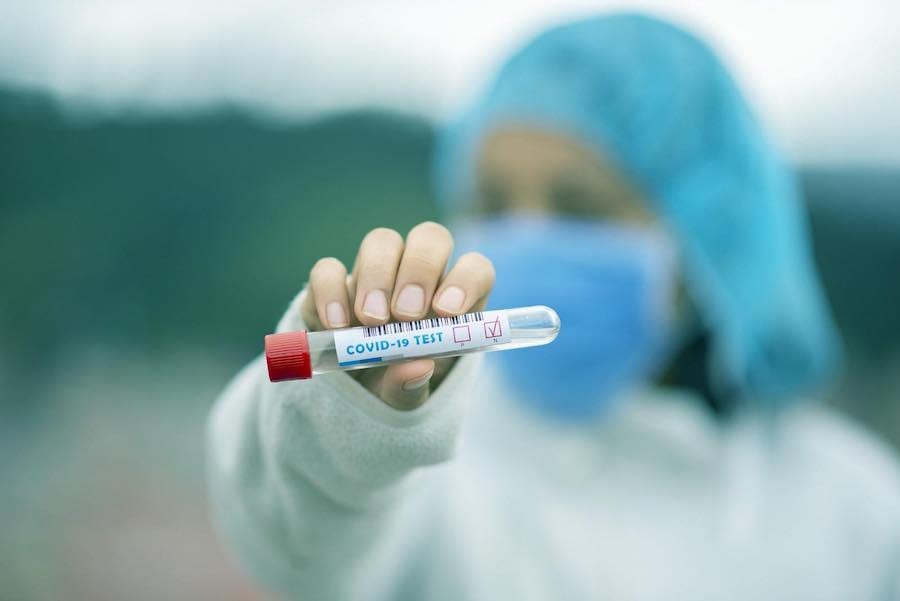 Monaco is increasing its capacity to analyse Covid-19 tests as demand soars and case numbers continue to rise. But it has warned that tests are starting to reach short supply.
Within the past two weeks, 28 people from Monaco have tested positive for the coronavirus. According to the government, these people are aged between 20 and 40, and were contaminated either outside the Principality, in family homes or in the professional sphere.
To date, 131 residents have tested positive in Monaco. One resident is hospitalised in ICU in Monaco, and one resident has died (Updated 31st August).
The tests
Initially, the government organised a large campaign offering free serological tests to residents, students and workers in the Principality. More than 38,000 people took part. These blood tests are still available from pharmacists and health professionals for a small fee on request and allow people to quickly and easily determine if they have been exposed to the virus and have developed antibodies.
PCR tests are also widely available, showing whether a person is positive for Covid-19 at the time of the test.
The results
Currently, the sampling capacity in Monaco stands at 960 a week, or 137 per day. In order to meet an ever-growing demand for testing, the Prince’s Government is now increasing this capacity to 1,260 a week by boosting analyses at the Monaco Laboratory.
Meanwhile, a new testing device at the CHPG awaiting approval will increase sampling capacity by 300 a week and – most significantly – the Monaco Scientific Centre is awaiting delivery of an automatic device that will be able to perform 1,200 analyses in a single day. The device was ordered by the Prince’s Government in May and should, in principle, be operational from mid-November.
“Compared to other European states, Monaco’s sampling capacity relative to its population is more than double that of Belgium, France, Germany or Iceland and four times that of Switzerland or Italy” said the government in a statement.
Tests in short supply
However, this poses a new problem – the availability of tests. The government says it is utilising all possible avenues to equip the Principality with as many tests as possible, however it acknowledges that it is difficult given the enormous demand across the globe.
“Many countries are also in high demand for PCR tests, reagents for analyses and swabs for samples,” it said. “Similar to what was encountered in the mask market at the start of the health crisis, supplies are starting to be increasingly tight. The government is focused on consolidating the supply.”
As a result, the government is reminding the population that tests are recommended primarily for people who feel symptoms of the virus or who have been in contact with a positive person, and these people will be given priority in the lab.
“The situations that are reported by a doctor are prioritised and treated within 24 to 36 hours,” said the government, adding that it is doing everything possible to ensure all stages of the testing process and control of the situation remains in Monaco.