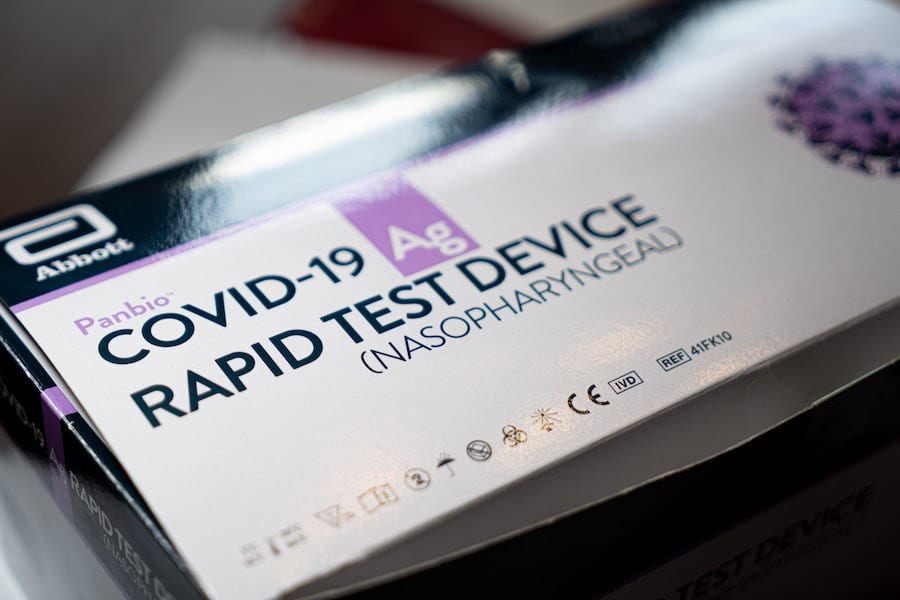 Director General of Health Jérôme Salomon has announced the imminent arrival of Covid-19 home-tests in France as part of the government’s “test, alert, protect” strategy.

Mr Salomon told BFM TV on Sunday that self-tests are coming to pharmacies, and possibly even supermarkets, and the High Authority of Health is expected to inform the public this week as to which tests will be for sale and whether they will be recommended for businesses and schools.

“It will be fairly easy to access,” Salomon said. “The principle of the self-test is precisely that we can have it with the family. It will be in supermarkets or pharmacies in any case, if it is easiest. It’s going to be very easy to organise.”

These rapid antigen tests are done using the same general nasal swab technology currently in use, but they have been adapted for use at home. Patients will use a cotton swab, similar to the professional version only shorter, to rub the inside of the nostrils. The swab must then be soaked in a solution that detects the presence of the virus, which happens in less than half an hour.

To read the results, either the solution is poured onto a paper slip, not unlike a pregnancy test, or people can use a downloaded app to help identify what a positive or negative result looks like.

Tests such as these are authorised already in several countries such as the United Kingdom, Austria, Germany and Portugal.

Effectiveness is a concern, of course, and for France to approve these kinds of tests, they must prove to have a sensitivity level of 80% or more.

Salomon was clear on this point, saying, “The real question for me is the scientific evaluation. We cannot authorise tests which would give false negatives, or false positives. We must therefore be certain that these tests are reliable and that the French can have a confirmation of the test.”

Another point to be considered has to do with tracing. French health authorities question whether people who test positive will actually warn their contacts. The results-via-app system could be a good tool for this, in that it would assist in tracing positive cases without relying on the public to offer the news themselves.

The tests are expected to be covered 100% by national health insurance, therefore they will cost users nothing. They simply need to present a valid carte vital to the vendor and they will be permitted to purchase a test over the counter. For those not covered by national health, the estimated cost should be €10 or less.

Photo by Mika Baumeister on Unsplash