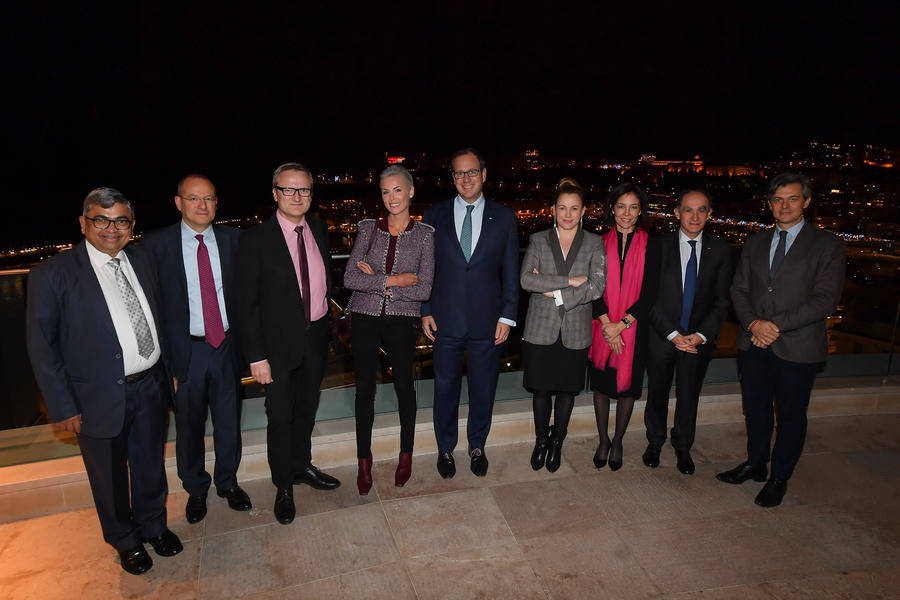 On 28 and 29 November 2018, the Monaco Digital Advisory Council (MDAC) met for the first time in Monaco, under the presidency of HSH Prince Albert II of Monaco.

Composed of world experts from the public and private sectors in the field of digital technology, this Committee’s main mission is to advise Monaco in its strategic vision in the digital field and in the implementation of its actions.

The digital transition is the biggest challenge for countries, businesses and individuals. The positioning of each entity and the ability to profit from this revolution will determine the winners of the present and future economy.

The creation of the MDAC, made up of players from the global elite of public and private institutions linked to the technology sector, is an asset to achieve these objectives.

Led by Mr. Frédéric GENTA, Interministerial Delegate in charge of the digital transition, the missions of the MDAC are multiple:

Ten iconic personalities for the first edition of the MDAC

Through their diverse expertise and horizons, the experts make recommendations in the definition of the Principality’s digital vision and strategy, its elaboration and implementation by the Prince’s Government under the authority of HSH the Sovereign Prince.

Local News Stephanie Horsman - July 17, 2020
Prince Albert’s eldest daughter Jazmin Grimaldi has revealed on Instagram that she has tested positive for Covid-19 and is struggling through the "debilitating" symptoms of the virus.

Photo: Facebook Eric Mathon/Palais Princier de Monaco[/caption] On Wednesday, December 20, Prince Albert and Princess Charlene warmly welcomed young Monegasques for the traditional Christmas celebration at the palace. After watching a performance of Palladienne dance in the palace courtyard, with Santa in attendance, some 500 petite guests, aged 5 to 12, attended a magic show in the throne room, where they were also treated to a snack. [gallery td_select_gallery_slide="slide" size="large" ids="26551,26550,26548,26547,26543,26545,26542,26541,26546"] They youngsters also received Christmas gifts from the princely couple, and the children of Princess Stephanie, Camille Gottlieb and Louis Ducruet. Hereditary Prince Jacques and Princess Gabriella, who celebrated their third birthday on December 10, did not attend the festive events as they, reportedly, have a touch of the flu.