Crime down, misdemeanours up in 2020

Crime down, misdemeanours up in 2020 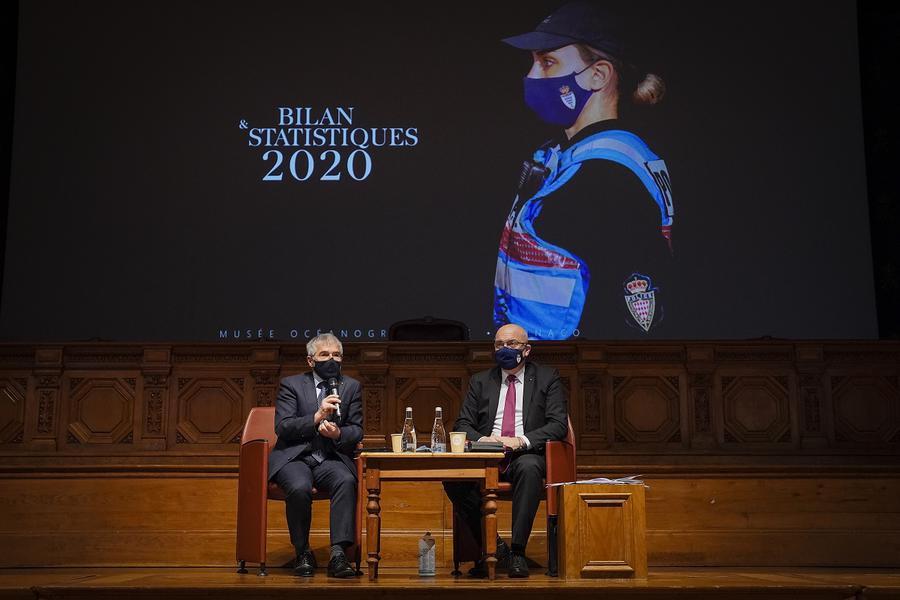 Monaco saw a clear decline in criminal offences in 2020 compared to the previous year, though tickets and warnings for breaking Covid-related rules kept the force busy.

The report on crime statistics for 2020 was presented on Tuesday by Minister of the Interior Patrice Cellario and Richard Marangoni, Monaco’s Director of Public Security, who referred to a year significantly marked by the Covid-19 pandemic. The health crisis mobilised police officers, he said, to enforce rules ordered by the Prince and his government.

The crisis, said the director of public security, was partly responsible for the decline in crime, not only because of the larger presence of police on the streets, but also because of lockdown and restrictions.

An even larger drop in street crime was witnessed. In 2020, there were a mere 60 incidents, compared to 90 the year before, a dramatic 33% decline.

“It was a ‘particular’ year. It was exceptional. I am happy to say that crime in general is lower,” said Mr Marangoni. “There was a 33% drop in crimes that touch many people such as robberies, car theft, muggings, street violence, vandalism… I think there is also a better quality of life for the residents this year already.”

The only crime that was on the rise in 2020 was related to driving under the influence of alcohol or drugs, which the director of public security attributes to an increase in testing and therefore an increase in arrests.

Other notable developments of 2020, said Richard Marangoni, were the introduction of the Living Environment Preservation Unit (UPCV), the renovations and updates at police headquarters, and the addition of a state-of-the-art new police boat, the Princess Gabriella, which will support sea rescue missions, stop ocean polluters, and conduct cross-border controls with the Principality’s neighbours.

He closed by paying tribute to the 88 women of the force, making special note of the two who had been promoted to positions of responsibility, and expressed gratitude to all the force for the delicate handling of matters in difficult times over the past year.