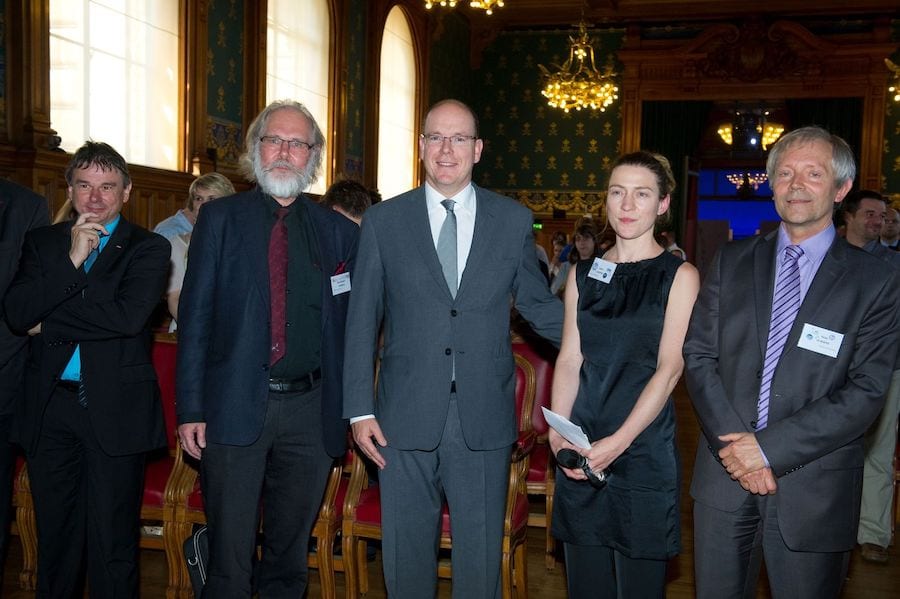 Monaco Scientific Centre’s Dr Celine Le Bohec has been awarded a scientific research prize for her 20-year work in the polar and sub-polar zones.

Dr Celine Le Bohec, a researcher at the Monaco Scientific Centre (CSM) and the Hubert Curien Pluridisciplinary Institute at Strasbourg University, has received the very first Academy of Sciences award for her studies in the Antarctic.

The award is given to young scientists who have “made a significant contribution to research in the polar or subpolar regions.”

Dr Le Bohec’s work centres on assessing the state of the polar ecosystem’s health and has been ongoing since the early 2000s. She has been collecting her data through long-term monitoring on both land and sea of marine birds such as penguins and petrels who have been severely affected by climate change and other “human pressures” such as pollution and over-fishing.

The study’s aim is to provide tools and action plans that will help preserve the polar environment, as well follow the adaptation potential for the indigenous species populations.

The award will be shared with all the winter and doctoral students that the doctor has worked with in her 20-year study. It was given by Météo- France (CNRM Toulouse), CNRS – INSU, IFREMER, Institut Polaire Français Paul-Emile Victor (IPEV), Association Expeditions Polaires Françaises (EPF), Association A3 (Alumni and Friends of CNRS), the Prince Albert II of Monaco Foundation, the Oceanographic Institute – Albert I Foundation and a contribution from Frederik Paulsen.