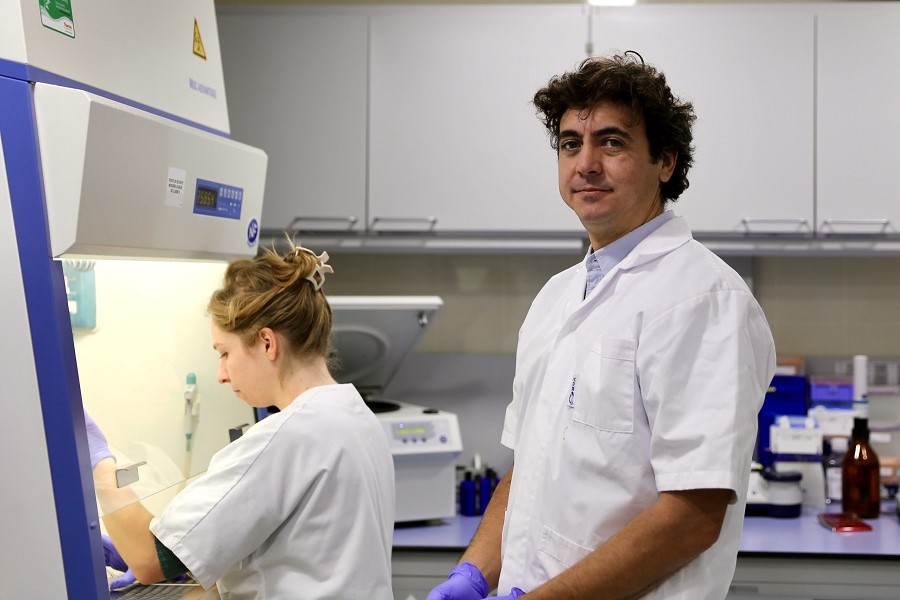 The results of a preclinical trial by the Centre Scientifique de Monaco could revolutionise the treatment of central nervous system tumours in children. Now the institution wants to take its research a step forwards with a clinical study, but hundreds of thousands of euros in funds are needed to make it happen.

2022 has been a promising year for the Centre Scientifique de Monaco (CSM) and its research into paediatric cancer, with a series of exciting announcements about its progress in the field as well as its international partnerships with leading institutions around the world.

Now it has released the findings of a preclinical trial into the use of the molecule axitinib in the treatment of medulloblastoma and ependymoma in young children. These rapidly growing tumours begin in the brain or spinal cord and affect the central nervous system. They typically affect children between the ages of five and nine, and although treatment is usually successful – the average five-year survival rate is 80% – it can also have significant, permanent consequences on the health of the child.

The “toxicity” of treatment and finding a safer alternative is something the CSM has been studying closely over the past seven years as part of a collaborative project with the Fondation Flavien, an association dedicated to supporting research in paediatric oncology. The goal has been to improve treatment by uncovering effective ways to target disease with the lowest possible side effects.

Axitinib, an orally-taken targeted therapy drug that acts as a cancer growth and angiogenesis inhibitor, is being put forwards by the CSM as a radical new tool in paediatric cancer care after its preclinical trial showed that when it was taken according to a metronomic regime – that is to say on a continuous or frequent schedule – it showed “comparable efficacy” at targeting cancerous cells as currently-used therapies, but it was also less damaging to healthy cells. The CSM hopes that the clinical use of axitinib will reduce the serious side effects young patients have to endure.

“Metronomic therapy helps manage cancer as a chronic disease,” explains Doctor Vincent Picco, head of the Brain Stem Cells and Tumours team at the CSM. “The objective is to control and slow down its growth to stop its development. This protocol could make it possible to limit the side effects by reducing the toxicity of the treatment [as] it is administered at lower doses, but more frequently.”

In a joint statement, the CSM and the Fondation Flavien say, “From now on, the only way to know if it is relevant to add axitinib to the therapeutic arsenal available to treat paediatric brain cancers is to conduct a clinical trial.”

The two institutions already have the support of Professor Nicolas André, a paediatric oncologist at La Timone Children’s Hospital in Marseille, as well as a group of French organisations dedicated to this field of work, such as CLIP², the Institut National du Cancer and the Ligue Contre le Cancer, but hundreds of thousands of euros in funding are still needed if their clinical trial on 36 patients over three years is to see the light of day.

“[The trial] will make it possible to determine the efficacy and the least toxicity of a metronomic administration of axitinib in combination with reduced doses of conventional chemotherapy,” says a spokesperson for the partnership.

“For the children and their families, this preclinical trial [offers] an immense hope,” adds Denis Maccario, the president of the Fondation Flavien. “The first phase of our collaboration with the CSM devoted to research required an investment of 600,000€, which was supported by donations. We are now embarking on the second phase… towards the implementation of a new treatment protocol.”

The cost of such a clinical trial is 620,000€. Already, 200,000€ has been raised by the Flavien Fondation, but a campaign is now underway in Monaco and France to achieve the final benchmark amount. Please click here for a link to the fundraising page.