CSM to analyse for Covid variants 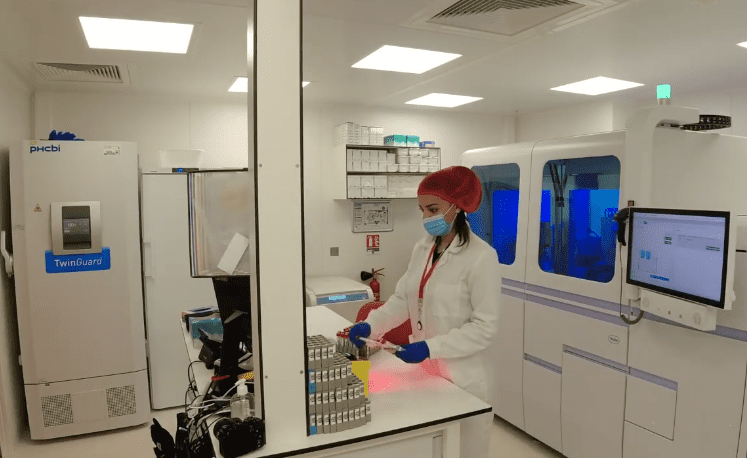 The Scientific Centre of Monaco will soon be equipped with the technology to detect new Covid variants, including the fast-spreading Omicron variant, allowing the Principality to better understand the local health situation and contribute to international research.

The Centre Scientifique de Monaco (CSM) has been screening nose and blood samples for Covid-19 since May 2020, and on 16th December passed the symbolic milestone of analysing 100,000 PCR tests. It is responsible for determining the outcome of around 500 Covid tests each day, as well as over a hundred blood samples to detect the presence of antibodies.

Now, the CSM is set to equip itself with new sequencing apparatus that will allow for the genetic analysis of virus samples, something that is only currently possible in Marseille.

“This tool will give us independence and therefore allow us to respond quickly to the exact identification of new variants,” says Dr. Christian Lavagna, in charge of screening at the CSM. “We will also be able to follow the mutations of the different strains and contribute to the international monitoring set up since the start of the pandemic.

“Systematic verification of the genome also makes it possible to decode the resistance profile of the virus, an essential means for the development of effective vaccines. In these circumstances, it will no longer benecessary to acquire screening kits, such as those we are currently using, which only detect the presence of known variants.”

Like last year, the CSM has increased its screening activity during the holiday period to cope with the “fifth wave” and the high number of PCR and antibody tests being conducted throughout the Principality.

“This year, determining the level of protection by the analysis of neutralising antibodies has been added to the nasopharyngeal examination and the large number of positive samples, linked to the strong contagiousness of the Omicron variant, have led us to set up an activity seven days a week to offer even more flexibility and support for the Monegasque population,” says Dr. Lavagna.

Photo: Facebook Les Clefs d'Or[/caption] During the 65th anniversary of the prestigious Association of Clefs d'Or, which took place at the restaurant La Petite Maison in Nice, seven new concierges received this important distinction. Among them, two concierges of the Fairmont Monte Carlo Hotel were recognised for their excellent knowledge of the country and great passion for their profession and sense of service.

The Association of Clefs d'Or was born in Paris in 1929. The National Union of Hotel Concierges comprised nine countries – France, Belgium, Denmark, Germany, Ireland, Italy, Spain, Switzerland and the United Kingdom. Today, represented by about 3,400 members in more than 50 countries, Les Clefs d'Or is a privileged club always ready to recognise a new trend and the different needs of each nationality of tourists. As the President of Les Clefs d'Or France, Thierry Revel, said, “Despite the evolution of new technologies that regularly change the habits of the Hotel Concierge profession, nothing can replace knowledge, responsiveness, availability and above all human contact, which is our great strength.”