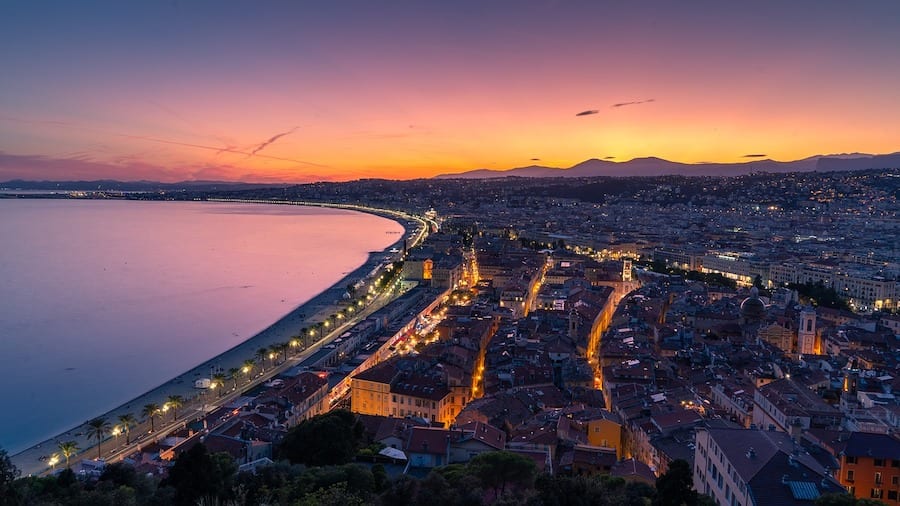 The Alpes Maritimes is expected to be one of a number of departments in France to be elevated to ‘maximum alert’ on Thursday and subjected to a strict new 9pm curfew.
Government spokesman Gabriel Attal announced on Wednesday that “a number of departments will switch to maximum alert” on Thursday 22nd October and will therefore be affected by the latest restrictions on movement.
It follows a speech by Mayor of Nice Christian Estrosi on social media on Tuesday, in which he said: “Despite everything, our territory is experiencing an alarming progression of the epidemic.”
He revealed that 81 of the 100 Covid-designated hospital beds throughout the department are occupied, while all of the 36 ICU beds are in use. An additional seven patients requiring intensive care have been placed in alternative arrangements.
“The situation in our department is therefore very worrying,” said the mayor. “There is a real risk of going into the maximum alert zone, resulting in the application of a curfew.”
Meanwhile, the French government is expected on Thursday to extend the state of health emergency until 16th February. According to Gabriel Attal, the government also intends to apply measures restricting movement, gatherings of people and the opening of establishments until at least 1st April 2021, on all or part of the country, depending on the epidemic situation.
French Prime Minister Jean Castex will hold a press conference at 5pm on Thursday to reveal the latest measures. It comes six days after the 9pm curfew was imposed on several large metropolises, including Paris.
For the first time since May, the total number of Covid-19 patients in France currently in intensive care exceeded the 2,000 mark on Monday evening. It is still far from the peak of the epidemic, when more than 7,000 Covid-19 patients were in intensive care.