Cyclist fined for training in Monaco

Cyclist fined for training in Monaco 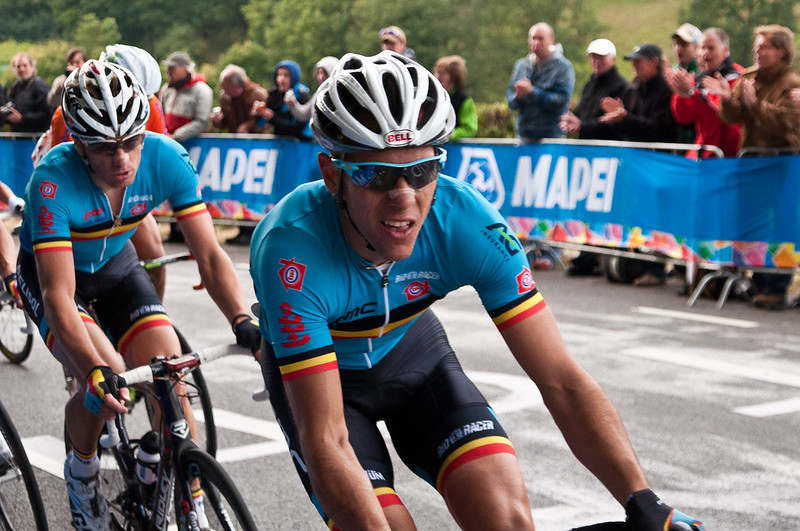 Belgian professional road racer Philippe Gilbert was recently fined for breaking Monaco’s confinement rules.
The lockdown rules are there for a reason, and no one is excepted. Professional cyclist and Monaco resident Philippe Gilbert learned this the hard way, revealing that he was fined €100 for training outdoors around the Principality.
The cyclist tried to go for an 11km spin “in the immediate vicinity of his home” but was stopped by a police officer who fined him for flouting the regulations. In an interview with Monaco Info, he said he accepted the punishment and has mended his wayward ways, now only training indoors.
“All citizens are equal before the law. Just because I won Paris-Roubaix last year, I don’t have any more rights than anyone else. The fine was €100,” Gilbert said. “As public figures, we need to set an example. I’ve put the bike aside and now I’m only training on the turbo trainer.”
He added, in his defence, “Up to a few days ago, it was tolerated in the Principality for professional riders [to train outside] but that changed not long ago and now we must adapt and train indoors.”
Gilbert owns a bike shop in Monaco, though he has voluntarily shuttered the doors during the epidemic, despite having had the option to remain open. His shop, The Bike Shop by Philippe Gilbert, is available however for those in urgent need.
“Given that bikes are a form of transportation, we have the right to stay open but seeing as everybody is in lockdown, we’ve decided to close the shop itself,” Gilbert explained. “We are still on-call for repairs because people are still riding bikes to go to the shop or make necessary journeys. We’ve helped out a few people that way, so we’ve been fulfilling our role as best we can.”