Dan Luger: “I think the future of rugby in Monaco is bright”

Dan Luger: “I think the future of rugby in Monaco is bright” 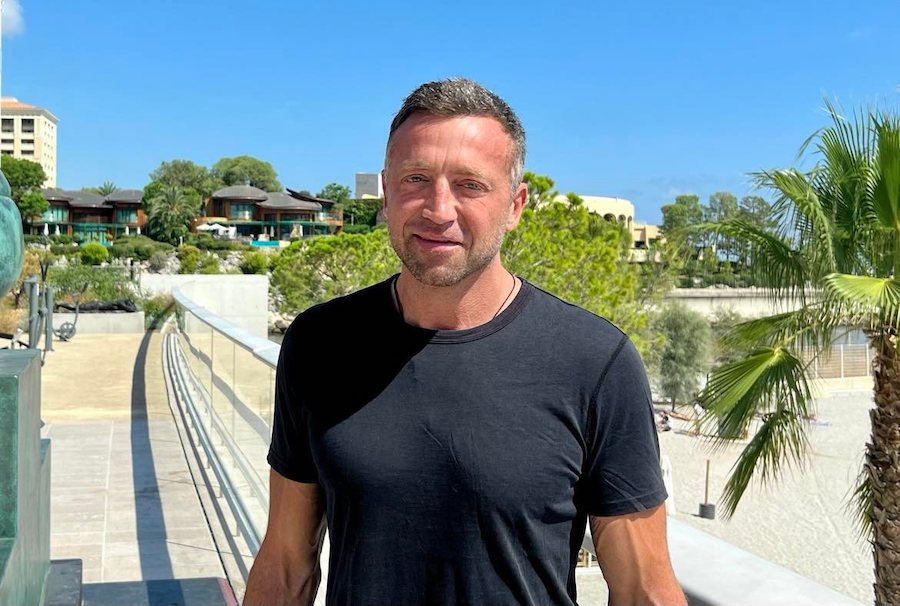 Dan Luger led a glistening rugby career, representing England and the British and Irish Lions on numerous occasions. During that time, he was part of England’s triumphant 2003 World Cup winning squad, and finished his international career with an exceptional record of 24 tries in 38 appearances. Now residing in the Principality having finished his playing career down the coast in Nice, he is grateful for Monaco’s innovative medical industry for a life-extending operation, as well as their advanced post-professional treatments.

Monaco Life: Dan, can you explain the surgery that you underwent in Monaco?

Dan Luger: One of the things that I think Monaco has done very well over the last few years is striving to be the best in everything. I think that’s what Monaco should be. I see it as the Formula 1 of everything, and why not? There’s no reason for it not to be. There is the intelligence, the people and the money for it to be like that. I was born with a condition that meant that I’d need to have my heart valve replaced at some point. I was going to have the operation two or three years ago and I was going to have it in Monaco and it was going to be a replacement of a valve.

However, as the world has moved forward, and Monaco has kept pace with that, they have a very good young surgeon, Wautot Fabrice, who does a new operation where they repair it. What that meant for me was that instead of having to take medication for the rest of my life and having to have my valve replaced every 10 years, I can go back to a completely normal life and normal sport, and I’ll live longer. That to me is a complete game changer and I’m very thankful that Monaco has a CCM, a specialist centre for cardiology and they’re very progressive and world-leading. For me it’s been a game-changer in terms of what it means for my life. There aren’t many doctors doing it. It’s largely the younger, more progressive doctors who want to try the new techniques.

Unfortunately, you were dogged by injuries throughout your career, how do you rate post-professional treatment in Monaco?

For me it’s been fantastic. If anything, when you stop playing, your body worsens in a way because all of the old injuries come back, as well as things that maybe weren’t a problem at the time. A bit of arthritis starts to kick in, the joints start to get sore. So, you need to keep training, you need to keep moving. I’ve had my issues, and I had another operation nearly two years ago where I had a laminectomy and they took some bone out of the back. Once again, it was a similar kind of path. I went and spoke to doctors everywhere and they wanted to fuse my spine, which is great, but it’s a much more serious operation and normally that creates issues later on. Here, Doctor Taylor, didn’t want to fuse it, he wanted to take some bone out, take some tissue out and put a cist in there and just release it so it stays as natural as possible. It might take longer to recover, but longer term, it’s a better operation. So, I’ve had two experiences of surgery, but they have both been very beneficial for me; two good experiences of surgeries in Monaco, where they thought differently and did something differently to other places in Europe, and the world.

In general in Monaco, it’s like a village in size, but on the flip side it’s a city in terms of the facilities it has. There are some great physios here, you have great gyms like Club 39, where some of the top athletes in the world like Novak Djokovic train. In terms of sport and fitness, Monaco is progressive at every level – from the fitness to the sports level, to the athletes that live here, the physios, healthcare then obviously the top level with operations. It’s great to see. I’m not sure if it’s a conscious decision from the Principality, or whether it’s happened organically because of the athletes that are here and that’s attracted the right people.

You enjoyed an impressive, trophy-laden career. What are the biggest highlights?

Obviously for me, the World Cup win in 2003 was something amazing. I played for the British Lions, even though I missed out on the test match because of another injury, which was once again over and above what I ever expected. For me though, the biggest thing was always playing for England, and especially playing for England at Twickenham. My first ever game at Twickenham was one of my biggest highlights. If you had said to me, ‘You can play one game in your whole life, and that will be for England at Twickenham,’ I’d be happy. I got to play many times after that as well.

My first game was against South Africa in 1998. They were world champions at the time, and we actually beat them that day. If they had won, they would have broken the world record with 19 wins in a row, and we stopped them. I was instrumental in that game: it was my first cap and I picked up a try, and prevented a try right at the end. That was one of my highlights. You feel so blessed to play. In my first Six Nations game against Scotland a few months later, I just remember a scrum happening and I was looking around the stadium like ‘wow, I’m actually here playing for England; it’s a bit surreal really.’ I was very fortunate to be part of a great team of players.

Everyone goes on about 2003, but that squad of players probably got together in 1997; I got my first cap in ‘98. From then until 2003 it was basically the same group of players. For us, that whole journey was a special few years, even if there was a lot of heartache over the years with failed attempts to win the grand slam. In 1999 we lost against Wales, 2000 against Scotland, 2001 against Ireland. We eventually won that in 2003, which for me was a massive, massive highlight. It was a journey, a five-year journey. It wasn’t something that was built overnight. It’s something that will live with you forever. I was so lucky to play in a team that won a World Cup, just playing for England, representing your country, I don’t think there’s anything better. Whatever happens in my life now, no one can ever take away from me the fact that I represented my country in sport. I feel very lucky.

AS Monaco Rugby have just been promoted to the Fédérale 2, do you see the potential for a blossoming rugby scene in the Principality?

Nice used to be a big rugby town, but that’s fallen away a bit. A lot of people in Monaco are rugby followers. I think there is a massive, untapped rugby community, especially amongst the Anglo Saxons. The Monaco rugby club has done amazing things. I’ve been involved with them in a very minor way for maybe eight years. They’ve built the club organically; they haven’t had big sponsors, they haven’t had a stadium, but somehow they’ve managed to build it. Now they’ve finally got to the stage where they’re going up every year, they’ve got their own stadium in Beausoleil. The pitch is amazing, the stands are amazing, there is big change coming up now.

Of course, they’re now in Fédérale 2, which is proper rugby. They’re going to have their own clubhouse, which they haven’t had until now. Having a clubhouse can make it social and more and more people will start to come, so I think the future of rugby in Monaco is bright.