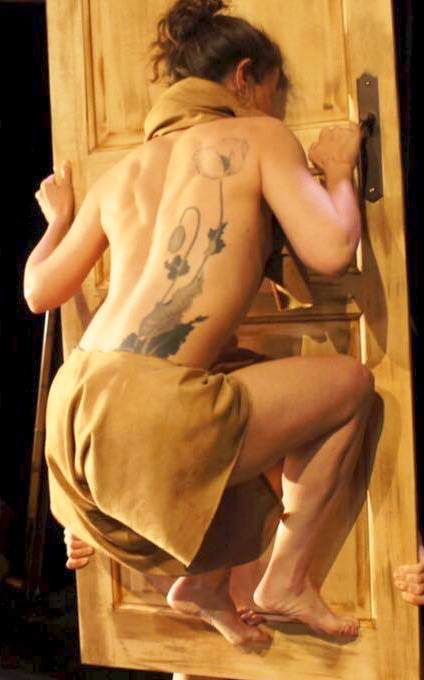 The choreography was born from a meeting with the journalist Shiran Ben Abderrazak, author of the Diary of a Defeat, which is at the heart of the production and represents a voice of the Tunisian people who have risen up in revolt. It’s a message that encourages us to fight, to not be afraid.

The movements were enriched during a Master Class for Tunisian professional dancers at Villa Dar Eyquem in Hammamet, a town in southeast Tunisia known for its beaches. The production, with visual artist Roxane Ducruet, follows the aftermath of the Arab Spring as a reflection in flesh and bone on the fragility of revolutionary ideals and the price of freedom.

A game between the dancers and a set of suspended doors questions these new thresholds, these tests, and shows a way in a labyrinth full of obstacles. In turn, these doors grow open to our fears, the abyss, the illusion, but also the dream, the hopes, the truth.

The evening includes an overview of the show’s creation before the performance and a post-show Q&A with the choreographer. Tickets: €25.

Culture Stephanie Horsman - October 12, 2021
A bust of Empress Eugenie, wife of Napoleon III and Empress of France, has been unveiled by the Prince in Monaco to commemorate the centenary of her death. 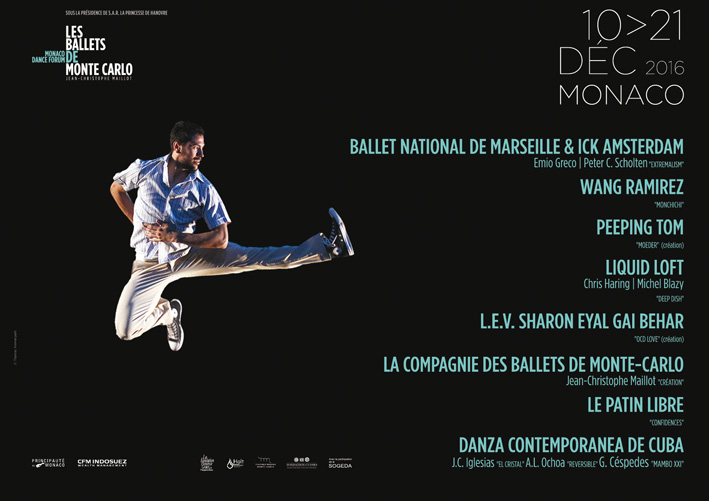 In December, Jean-Christophe Maillot, Choreographer-Director of the Ballets de Monte-Carlo, is offering the public a diverse and particularly generous programme. From December 10 to 21, as part of the new edition of the Monaco Dance Forum, the public will be able to discover The National Ballet of Marseille, with Extremalism - the body in revolt, by Emio Greco and Pieter C. Sholten; Wang Ramirez, with Monchichi; Peeping Tom with Moeder; Liquid Loft, Chris Haring, with Deep Dish, Chris Haring and Michel Blazy; LEV Sharon Eyal & Gai Behar, with OCD LOVE; Le Patin Libre, with Confidences, in partnership with the City Council of Monaco; and Danza Contemporanea Company of Cuba, with El Cristal by J. C Iglesias, Reversible by A. Lopez Ochoa and Mambo 3XXI by G. Cespedes. Also as part of the Monaco Dance Forum Festival, the Bosio Pavilion, Higher School of Sculpture of the city of Monaco, will reflect on "The Place du Corps", at a colloquium. The Audiovisual Archives will propose the screening of the film "Chantons sous la pluie" at the Grimaldi Forum. Workshops and master classes will also be offered, in order to discover and experiment physically with the choreographic style of the companies invited to perform. Finally, public meetings with the artists will be organised throughout the season. More information on venues and prices: +377 97 70 65 20. Article first published November 29, 2016.