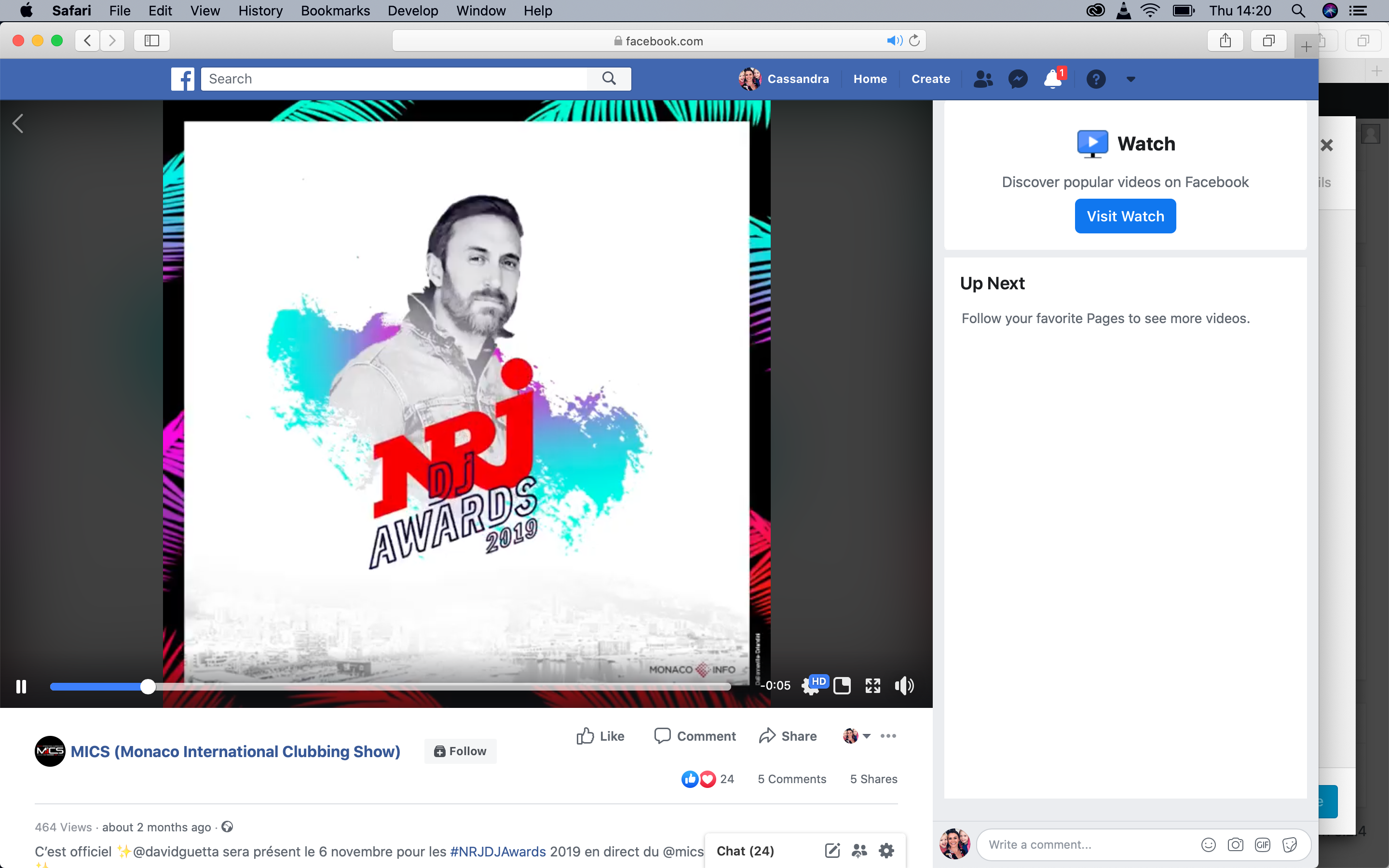 First time’s a charm. At least that is the case for French superstar DJ David Guetta, who walked away with three honours at the 8th annual NRJ DJ Awards held at the Grimaldi Forum on Wednesday night.

In his first ever appearance at the awards ceremony, Guetta was clearly chuffed as he took home the prizes for Best Live Performance of the Year, Best Dance/Electro Single, and the NRJ Award of Honour on the eve of his 52nd birthday.

The well-loved Parisian DJ has sold more than 15 million albums and over 80 million singles worldwide.

The NRJ DJ Awards took place amid the two-day Monaco International Clubbing Show held on the 6th and 7th of November. Now in its 10th year, the event brings together professionals from the world of nightclubs, bars, beach clubs, hotels and restaurants to share and mingle with decision-makers from the hospitality sector looking for innovations and new ways to entertain customers on the job.