Debuts and anniversaries for My Yacht Group

Debuts and anniversaries for My Yacht Group 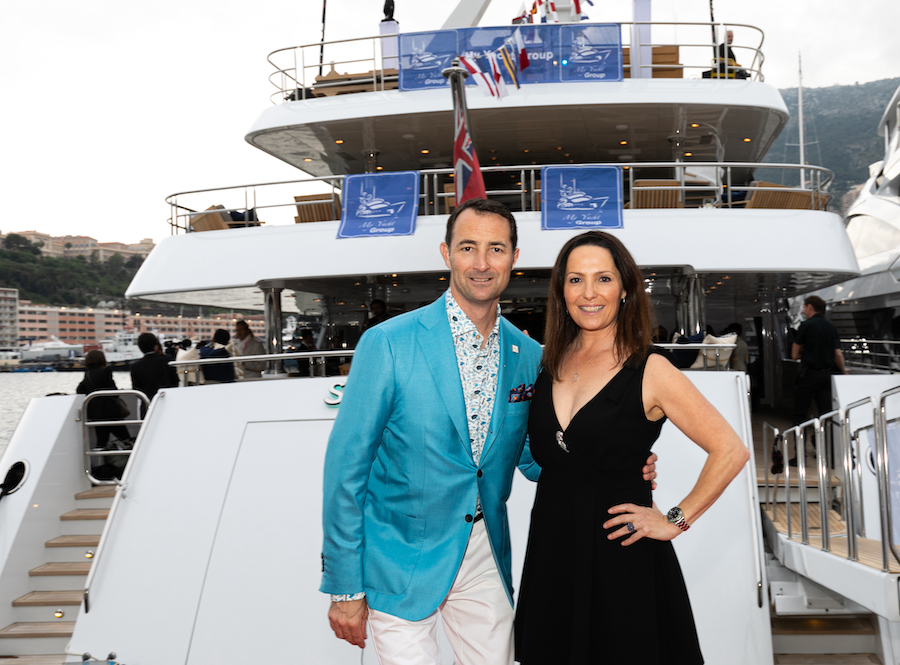 While My Yacht Group is primed to ride the swelling wave of F1 popularity across the Atlantic, the Principality-based company will celebrate 15 years at the Monaco GP. Co-founder Nicholas Frankl shares with us his plans for the busy 2022 racing calendar.

Glamour and motorsport tend to go hand-in-hand, especially Formula 1. Accustomed to playing a nexus role and uniting these elements in Monaco each year, My Yacht Group is setting its lofty gaze further afield this year as they prepare for the first Miami Grand Prix.

As Co-Founder Nicholas Frankl told Monaco Life, “You want to be on a superyacht, that’s the special magic of the harbour of Monte-Carlo.” Now, they’re taking that “magic” to Florida as the sporting world, as well as the yachting and hospitality communities, prepare for the latest addition to an ever-expanding F1 calendar.

The race, which takes place on 8th May, will do so in one of the least glamorous settings – a car park. This led then Race Director Michael Masi to say in November that “it’s far from a race in a car park,” and that it will be “something unique.”

The original plan for the Miami circuit was for it to run around Biscayne Boulevard and downtown Miami. That plan was ultimately foiled, but is one that, according to automotive writer Frankl, might have gone through if it were proposed today. “At the time, Miami and Miami locals didn’t really know a lot about Formula 1,” he began.

“I have a suspicion that the mayor, who is pro-business and pro-Miami, and governor Ron DeSantis would have made it happen. Also, locally, I suspect that there would be a much higher level of support, because now thanks to Netflix and their documentary series ‘Drive to Survive’, it’s the biggest growth sport in America today.” 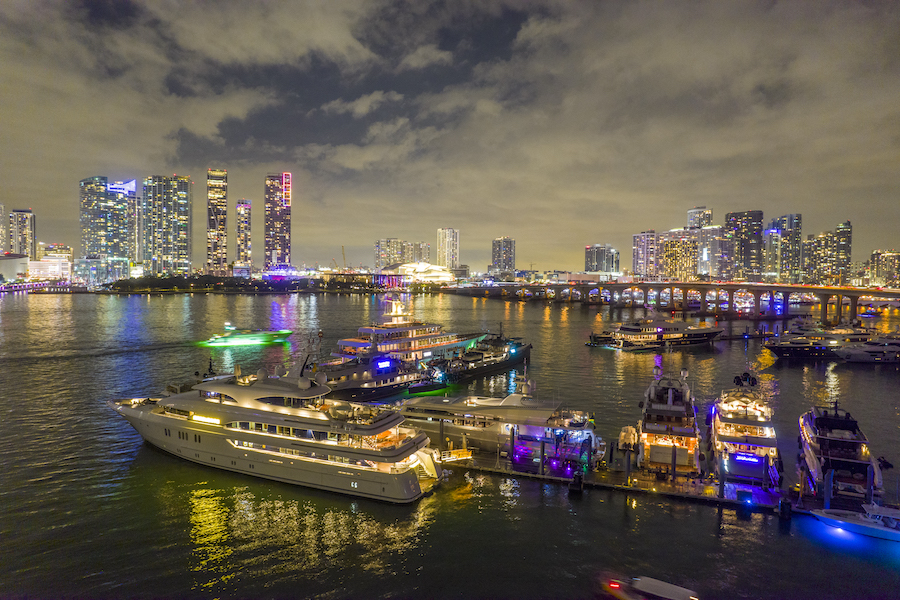 The race in Miami has been sold out for weeks. Offering a different kind of experience, and a VIP one at that, will be My Yacht Group, who are primed to ride the swelling wave of F1 popularity across the Atlantic.

Frankl, who co founded My Yacht Group with his sister Annabelle, detailed their upcoming super yacht party in the ‘Sunshine State’: “We are very well known for hosting sophisticated, fun and elegant super yacht parties, always charity related and charity themed, and so that is exactly what we’re doing on a special boat called Gene Chaser, a 55m research vessel.”

“They have labs on-board, as well testing facilities and a mobile MRI machine, so it’s very much a technical showcase. We are hosting a business networking and investor reception for a curated guest list of only 100 people, representing around $250bn of net worth,” says Frankl. “We will then turn it into a My Yacht Club, which is the pop-up nightlife experience we’ve successfully hosted at the Austin GP since 2012. It’s a combination of a charity and investor reception, then a full-on party, DJ, bottle service, VIP event… We have partnered with world-famous celebrity chef Todd English, who will be personally catering on-board for our guests.”

Frankl also revealed that they will be running an event at the inaugural Las Vegas Grand Prix in November 2023, a race that was announced back in March and will be the third US GP on the calendar. Frankl, however, isn’t worried about F1 saturating the American market. “I think the US can easily absorb three races,” he says.

Heading back to more familiar shores, just as they have been for the last 15 years, My Yacht Group will once again be hosting a full track side super yacht hospitality weekend and their popular Friday night party during this May’s Monaco Grand Prix.

After last year’s more muted event, which involved two private astronaut receptions, My Yacht Group returns to normality in style. In what Frankl describes as a “huge charity weekend”, guests will board the DB9 yacht, acquired in the auction at the Prince Albert II of Monaco Foundation gala back in September. “All the proceeds from that auction item, which is several hundred thousand euros, went to the Prince Albert II of Monaco Foundation, and we are very proud to be promoting and supporting the PA2F once again throughout the weekend,” said Frankl. 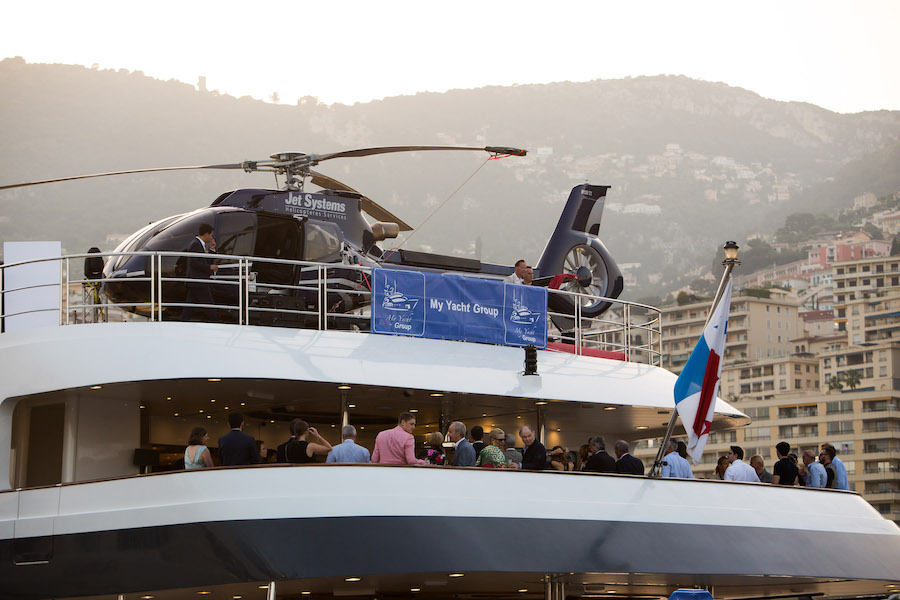 My Yacht Group has just released three on-board luxury cabins for “the ultimate experience”. Guests will be able to stay in Port Hercules during the Grand Prix weekend, trackside, as well as mingle with VIP guests.

“We will have commander Michael Lopez-Alegria, a five-time world-record holding, US hall-of-fame astronaut who has just arrived back from the International Space Station (ISS). He is commander of the first all-private mission to the ISS with Axiom Space, a company that I and several other Monaco residents invested in.”

Frankl says it would be great to help send a Monegasque to space. “We would love to take the first Monaco astronaut to the ISS. It would be incredible to see a member of the Princely family, or a Monegasque citizen, spend 10 days aboard, conducting medical and scientific research for humanity.” 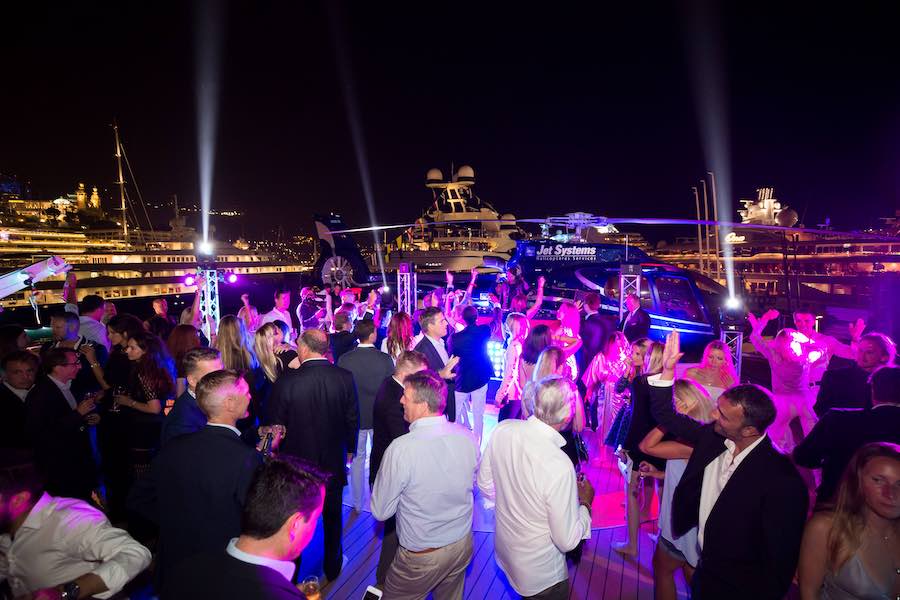 Commander Lopez-Alegria will be attending both the Miami and Monaco VIP events, as well as representatives from Vita Inclinata, a manufacturer that has designed a “life-saving autonomous power system” to stabilize cradles on helicopters and cranes. The company recently delivered $500,000 worth of their equipment to Ukraine, and trained Ukrainian medevac crews how to use it during the ongoing war. They will exhibit their technology on the superyacht crane in Monaco over the GP weekend. “That’s the first time it will be demonstrated in this way,” revealed Frankl.