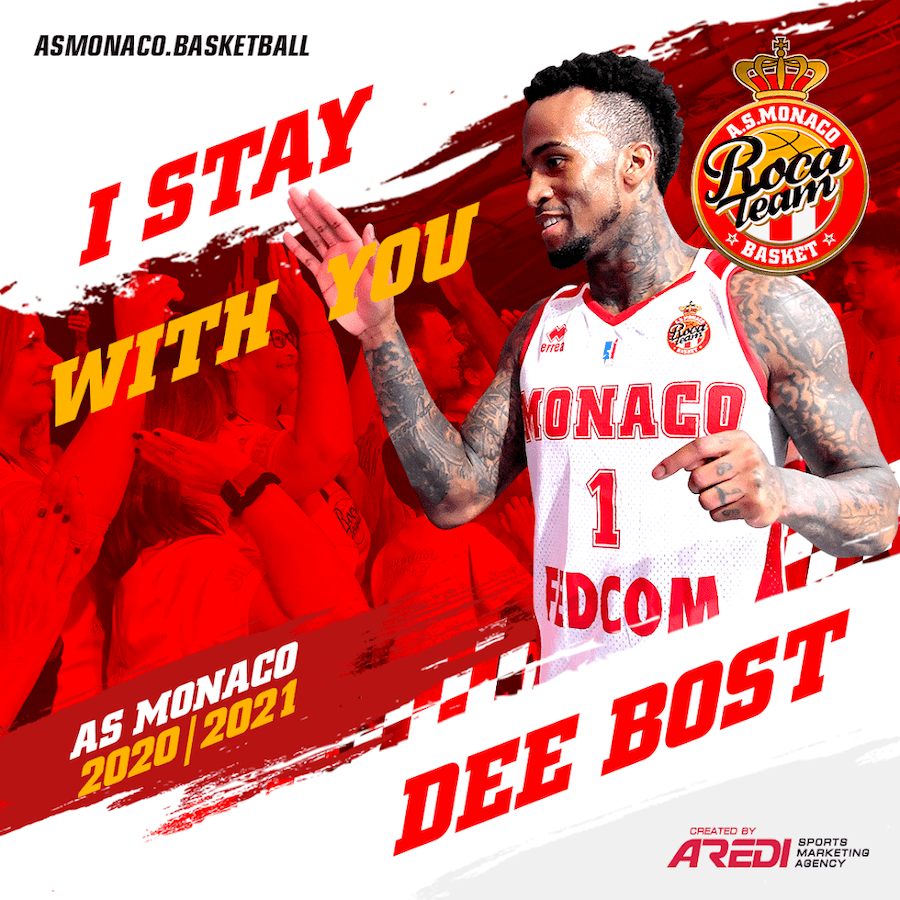 AS Monaco Basketball has announced that their team captain, Dee Bost, is staying in Monaco for the 2020-21 season.

Dee Bost has decided to extend his time in Monaco for at least another season, to the delight of both the team and fans.

The 30-year-old North Carolina native joined the team in 2016 and immediately stood out as a star player in a team full of exceptional talent. In the ill-fated 2019-20 season, he helped lead his team to the quarter-finals of the EuroCup, as well as seeing them firmly in first place for regular season play before the season was cut short by the pandemic.

“The victory over Unics Kazan for the Top 8 qualification remains my best memory of last season. We really had a good card to play in this competition, unfortunately stopped for the reasons we know,” Bost said in a statement on the team website.

Bost played college basketball for Mississippi State university, where he eventually became team captain of the Bulldogs. He was also named to the All-Southeastern Conference team two years running averaging 15.8 points a game.

His professional career began in 2012 where he found himself in Montenegro for a season. He then made several moves before finding himself on the Rock for the 2016-17 season. He moved on again for a few years and found himself drawn back to Monaco in 2019.

Dee Bost is still unbeaten at Gaston-Médecin in Jeep Elite since his return under the umbrella of the Roca Team winning 24 matches out of 24.

Bost’s contentment at remaining in Monaco is evident by his words. “I am very happy with this signing. I spoke with the coach I think we still have a big challenge to take up with the Roca Team and I will be proud to be still the leader of this organization which is very close to my heart.

I feel at home in Monaco, both with the staff, the managers and all the fans. This favourable context weighed heavily in my choice to extend my contract. We’re still going to have great times together, I’m sure and we’ll work hard to make it happen. To all of you, see you soon. Daghe!”