Delighted visitors to Palace get photo op with Princess

Delighted visitors to Palace get photo op with Princess 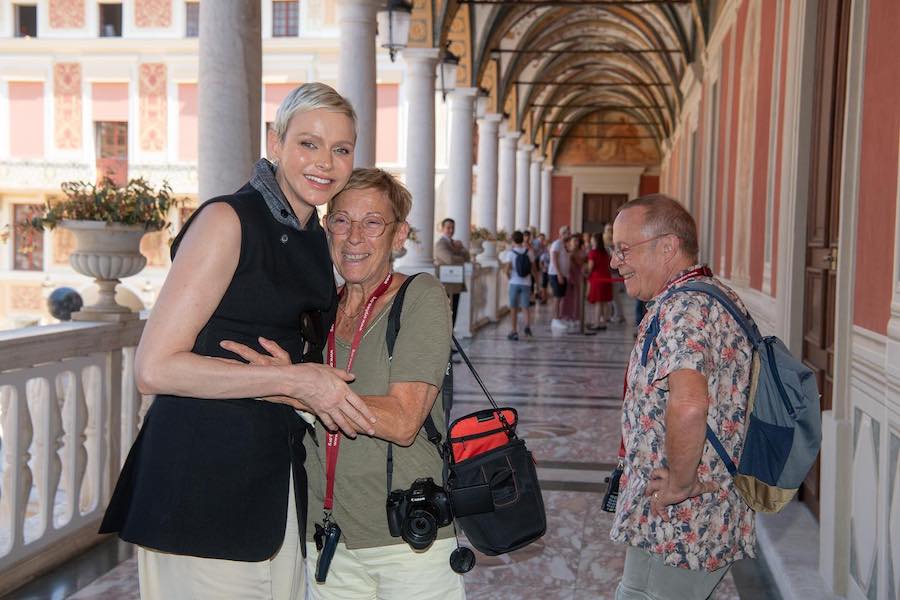 Princess Charlene gave tourists to the Palace a thrill as she stopped to chat and take photos with them on Wednesday, a lovely gesture that will create a lifetime memory for those she met.

The Princess is shown on photos released by the Palace’s social media pages looking her ever-chic self in a sleeveless black tunic and cream trousers. She is featured with a group of schoolchildren in one snap and with her arm around a beaming tourist in another, exuding a warmth that is indicative of her personal approach to the public.

Not just a by-stander, Charlene joined in as these lucky visitors walked around the newly refurbished Grand Apartments with her as she pointed out points of interest. She also was happy to point out the Renaissance frescoes that have been lovingly restored over the past few years and are only this summer being unveiled to the public.

The social media post read “Yesterday afternoon, H.S.H. Princess Charlene introduced a few guests to the recently refurbished Grand Apartments of the Prince’s Palace as well as the Renaissance frescoes unveiled to the public after several years of restoration work. Princess Charlene also went to meet holidaymakers visiting the magnificent salons of the Prince’s Palace.”

The appearance is a boost for those who have missed seeing the Princess at events, and seems to show she is well on her way back to good health.