The Principality’s digital transition plan, dubbed Extended Monaco, is being increasingly used by both public and private sectors businesses. Now, the Department of Labour is stepping up its game by increasing the number of procedures users can do online.

In collaboration with the Department of Digital Administration, the Department of Labour has started offering, since mid-December 2019, six new teleservices for Monegasque employers in order to assist in their administrative procedures as well as allowing civil servants and state agents who manage employer’s requests to have a management tool that allows them access at their fingertips to vital information, making a more efficient system all around.

In lieu of multiple paper requests, the Department of Labour now offers a simplified way to obtain information or make appeals for help with a few easy clicks of a mouse.

The new online services available to employers, using a single user account, are for the following:

The benefits derived from the new system are plentiful, as the process is streamlined. No more onerous files to print, fill out and post, and no more paper wastage.

More importantly, no more wasted time. The days of wondering if requests have been received is over, as online notifications are automatically generated, allowing employers an idea of where requests stand. Agents also profit as the time needed to process requests is drastically reduced.

In addition to the employer services, new procedures for those who wish to apply for jobs online are in the process of being created and are expected to be available soon. 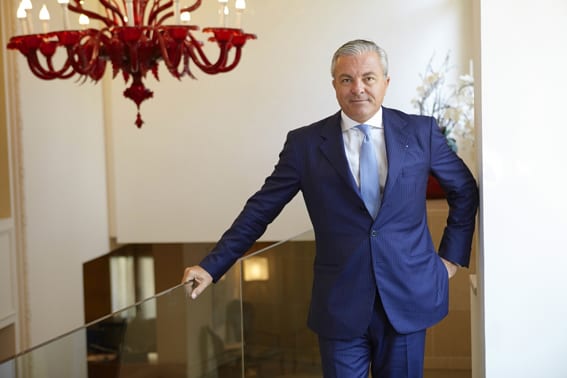 “This is a first for the principality,” says Francesco Grosoli.

We’re sitting in a light-infused boardroom in Barclays Monaco as Mr Grosoli tells me about his recent promotion over lunch. It’s the first time that a Monaco-bred-and-based professional has risen through the ranks of a global company to such a high level.

“Usually it’s the opposite,” he continues. “Top roles are recruited from abroad.”

Barclays is used to breaking the mould. Dating back to...

1690, it was arguably the first bank (still trading under the same name) to develop an international, multi-tasking mandate. It was also one of the first foreign institutions to set up in Monaco in the 1920s. Nowadays Barclays Monaco is a stable banking brand in an unstable market dogged by changes of ownership within the principality (including the recent sale of Coutts International to Union Bancaire Privée and the expected sale of Credit Suisse) and scandals across the European private-banking sector. Such uncertainty has helped to solidify Barclays’ reputation as a safe choice for the Anglo-Saxon community.

“We sell the Britishness of our organisation. We’re the bridge for our clients between the UK and the rest of the world. We work with those wanting less or more UK exposure (e.g. for real-estate/kids’ education/lifestyle reasons). We help international clients with our three main platforms in Monaco, Switzerland and Dubai.”

This golden triangle is at the heart of his international strategy as Mr Grosoli seeks to integrate the three businesses of Europe, Middle East and Africa into one streamlined EMEA organization.

Since his arrival at Barclays in 2007, Mr Grosoli has quadrupled the size of the business, quadrupled the revenues and multiplied the staff by 250%. He has repositioned the Monaco branch as one of the top four wealth managers in the region and as the largest investment house within the Monaco banking sector with over 1.5 billion euros in trading activity in 2015. During his tenure, he has also overseen a 16-month, top-to-bottom building renovation (that involved 220 phases of moving people around) and installed an in-house chef (in collaboration with the Fairmont Hotel) to cook for up to 25 clients per day. Mr Grosoli seems to have the Midas touch.

“My real passion is my job,” he says.

Our conversation is momentarily broken off as an assistant adorned with a Hermès scarf comes in to pass a message onto Mr Grosoli. As they speak, I gaze around the boardroom with its Damian Hirst crystal wall panels, across the polished model yacht pivoting our dining table and out the Belle-Époque windows towards the manicured casino garden terraces. I muse that everything about Barclays Monaco is impeccably groomed including its CEO.

Mr Grosoli’s ability to smooth things over is apparent as we touch upon the recent Libor-fixing scandal (which saw Barclays pay a £1.5 billion fine). Conduct risk moved to the top of Barclays’ agenda and regulations were introduced to tighten up the grey areas of banking. Mr Grosoli credits Prince Albert with furthering the trend towards transparency and for his work in helping to evolve the principality’s reputation.

“The dodginess of the principality is fading away.”

Over our main course of roasted sea bass, we turn to the subject of technological infrastructure. Mr Grosoli describes how the banking sector is keeping abreast of huge advances in digital technology at a time when it’s already drowning in newly-coined regulatory frameworks that slow down the service output. He admits that the limited time schedule to implement regulatory changes has presented a challenge and has highlighted the industry-wide lack of investment in the technological side of wealth management business over the last few decades.

“Our new generation of clients will need a high level of digital technology. Their day-to-day lives involve Amazon and Shazam and will soon involve Blippar. We have to respond to that.”

2016 presents another challenge for Mr Grosoli with the current tricky trading period. He talks of the importance of servicing clients closely through more challenging investment cycles.

“Some bankers just phone the clients when the performances are good. That’s too easy. You should call the client twice or three times more often in a bad period because the market cannot go up all the time.”

I feel sure that Mr Grosoli will rise to all these challenges. His chameleon-like adaptability stems perhaps from childhood. He was born in Padua in Italy to an opera-singer mother and an industrialist father who made his millions in the meat–processing business with the help of a lucrative contract with car-company Fiat as well as multinational contracts from China and Russia to Romania. In 1975, his family joined other Italians moving to Monaco for security reasons in the wake of multiple kidnappings by the notorious Italian paramilitary organization, the Red Brigade.

“The move was supposed to be for just a few years while waiting for the situation to resolve itself in Italy.”

A few years became four decades. From a shy eight-year-old boy who didn’t speak a word of French for his first three years in the principality, Mr Grosoli progressed through the Monegasque schooling system and finished his studies in economics at university in Nice. His banking career started at the bottom on an internship with BSI (at the time a small asset management company).

“On my first morning, I was asked to go out and buy water from the supermarket and make photocopies.”

Mr Grosoli rose rapidly through the ranks helping to oversee the company’s transition from an asset management company into a bank from scratch. From BSI, he moved to Republic National Bank (that later became HSBC) where he was promoted to head of private banking. After his move to Barclays, Mr Grosoli retrieved the third floor of the Barclays building from BSI. With a twist of serendipity, his current desk is located just under his first private office at BSI.

As we delve into our mango-and-raspberry Carpaccio dessert, Mr Grosoli enlarges on his recipe for success in banking. While intellectual credentials open the door, he believes that the essential ingredients for interns are modesty, passion and hard work.

“When you start, don’t assume you know everything. You have zero experience and experience comes with work, work and work. You need to spend a lot of time at your desk. There’s no other recipe.”

We stretch our legs before coffee with a tour of the bank’s artworks by Monaco-born Benjamin Shine: the most striking is a Barclays Spread Eagle punctuated by global currencies made entirely of lacquered five-cent euro coins on a laser-cut aluminium base. Apart from euros, I wonder what makes Mr Grosoli tick.

“Of course I like cars, watches and other boys’ toys.”

His free time is spent with his two children and his Cuban wife. He enjoys family travel to the Maldives and Miami, but admits that his thirst for leisure travel has waned with the increase in his business travel (Mr Grosoli took 50 flights to and from London alone last year). He also enjoys playing Ipad games with his eight-year-old son, although he is conscious of the danger of children shutting themselves into this virtual reality.

“It’s very different from my childhood growing up with Pac-Man.”

Back in the boardroom, chocolates arrive with my macchiato. I notice that they’re Marcolini – my favorite Belgian chocolatier.

“He has an interesting story,” says Mr Grosoli. “He’s an Italian émigré who started in the business at the bottom and then made it all the way to the top.”

The same could be said for the remarkable Italian émigré sitting in front of me.