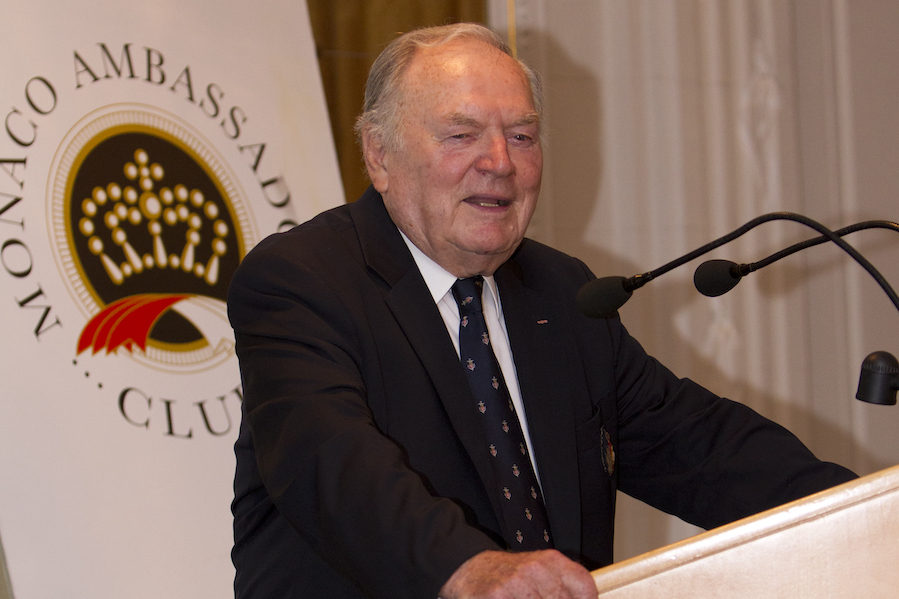 Dieter Friedrich, the founder and long-time president of the Monaco Ambassadors Club as well as a presenter for RMC and TMC radio, has died in the Principality at the age of 95.

It’s a story that began in 1967, when Princess Grace met and became a great supporter of Dieter Friedrich, a man who had his fingers on the pulse of Monaco’s artistic social and cultural initiatives.

Formerly a radio presenter in the United States, Germany and Great Britain, he lived in Monaco and was “keen to bring something lasting and prestigious to the Principality”.

This was the seed that spawned the Ambassadors Club in 1973; an international group of friends and colleagues who were keen to promote Monaco to like-minded people around the world.

Friedrich managed, in record time, to gather a select conglomerate of diplomats, senior officials, artists, journalists and business leaders together who went on to actively contribute to the reputation and prestige of the Principality.

Friedrich was not only the founder, but also the club’s first president. He led the club from its inception to his retirement from the post in 2003.

In addition to his active role in the Ambassadors Club, the civic-minded Friedrich was also Consul of Jamaica in the Principality for over twenty years.

Current Ambassadors Club President, Christian Moore, son of late Bond actor Roger Moore, has expressed his condolences, along with those of his administrative team and the community of members, to Friedrich’s family for their great loss.