Disappointment in Lorient for AS Monaco

Disappointment in Lorient for AS Monaco 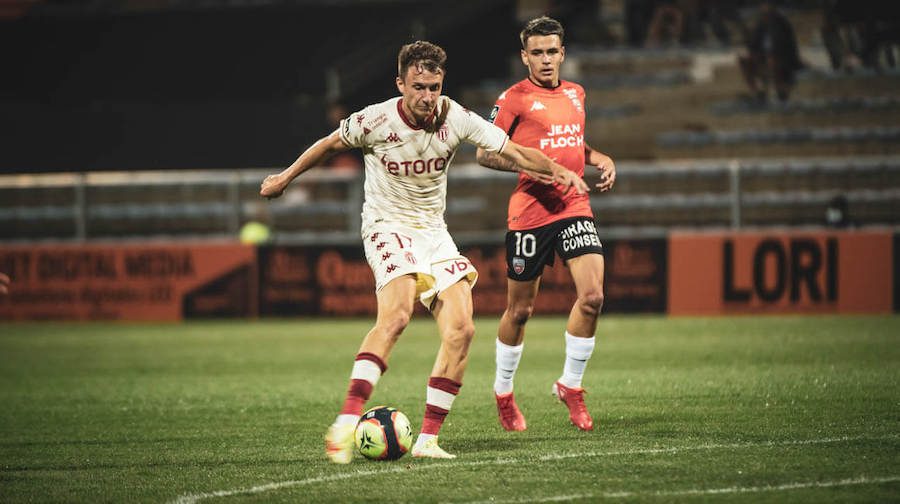 The night was definitely not one to remember for fans of AS Monaco Friday night. The club lost to Lorient on the opponent’s home turf one to nil.
Monaco is having a slightly rocky start to the Ligue 1 season, first with a draw against Nantes, then an outright loss against Lorient.
Coach Niko Kovac was realistic about the team’s loss, saying, “As against Nantes, we dominated the match, but we only had two or three clear chances. And we know that in football, carelessness can be costly.”
The team’s starting line-up was half filled with new players, so perhaps it isn’t entirely surprising they weren’t gelling quite as well as they could. Ismail Jakobs and Strahinja Pavlovic made their team debuts, and new recruits Jean Lucas and Myron Boadu were also on the roster.
The team played hard, with possession nearly three-quarters of the game, but simply were not able to convert. Two good attempts were made before the first half hour of play by Kevin Volland and Sofiane Diop, but it was Terem Moffi of Lorient who opened scoring on the match. Fouled by Jakobs, he scored on the penalty. This was the game’s only point.
“A point after two games is not what we expected but we are not tired because we are well prepared and we have a good squad, with good finishers who can come off the bench at any time to make a difference,” said the coach. “There is enough quality in the team. Even though the boys gave their all, things were more difficult tonight, Tuesday was better, we have to accept it and recover well because we have another important game on Tuesday against Shakhtar.”
Team Captain Axel Disani added, “Tuesday will be another competition, so we must switch gears immediately, that’s the novelty this year, we’ll have to focus on getting to the next step.”
Tuesday will be the first leg of Champions League play against the Ukrainians of Shakhtar Donetsk, who beat Metalist 1925 on Friday decisively two to nil. After, the team will jump back to Ligue 1 against Lens on Saturday at 5pm at Stade Louis II.