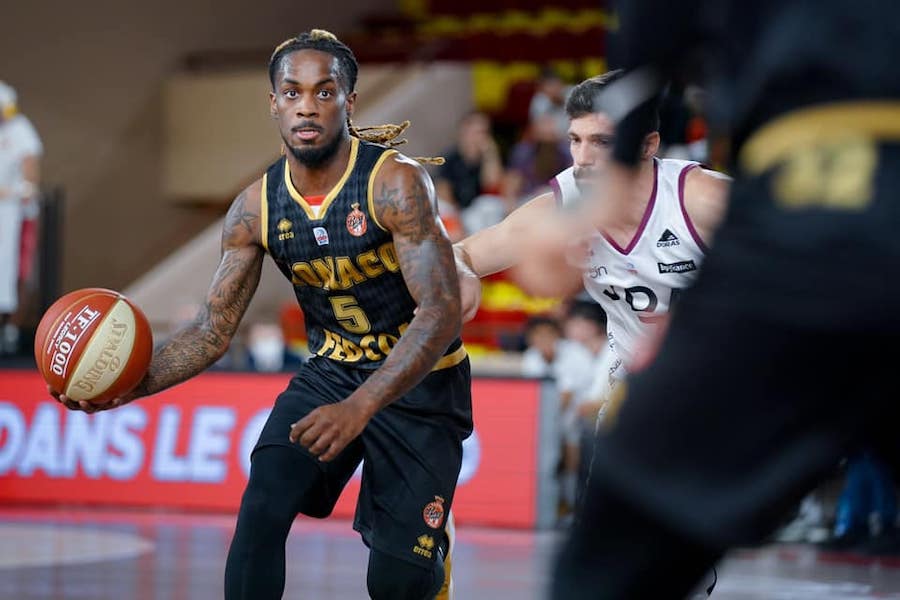 AS Monaco Basketball managed to arrest their slide in form to register an impressive victory against Dijon in the Euroleague. Having lost in their previous two fixtures, both against Spanish opposition, a 93-73 victory for Zvezdan Mitrovic’s men got their season back on track.
The Roca team started the Euroleague season strongly, winning their opening two matches. However, Barcelona subjected them to their second consecutive defeat on Friday, after Real Madrid had humbled them just days before.
The Roca team’s loss on Friday came in dramatic circumstances, with Barcelona ultimately securing victory in overtime, when Monaco had been leading with only seconds on the clock.
Barcelona dominated in overtime and took the win 81- 85, largely thanks to an imperious display from Brandon Davies, who led his side with 27 points.
The Roca team returned to the Salle Gaston Médecin on Sunday with a determination to return to winning ways. Despite the importance of the fixture, Mike James, Monaco’s leading points scorer in the defeat to Barcelona, was rested.
In his absence, the rest of the squad stepped-up as the Roca team made a blistering start, taking the first quarter 23-18. Monaco weren’t content in simply consolidating their first-quarter domination, but sought to build upon it in the second. Taking the second-quarter 29-13, Monaco went in with an almost unassailable 52-31 lead at half-time.
For all of their dominance in the first-half, Monaco were in danger of throwing it away after a complacent first five minutes of the third quarter in which they failed to register a point. A comeback of sorts limited the damage, but Dijon still took the quarter 16-23.
If Monaco looked complacent in the third-quarter, they were anything but in the final. The Roca team reasserted their dominance, and with the help of Donatas Motiejunas, took the final quarter 25-19.
Motiejunas finished the game as Monaco’s leading point scorer with 16 points, and the 93-73 victory gives the Roca team elevates them to 10th position in the Euroleague table.
Mitrovic was impressed with his team’s performance, especially the way in which they started the match, saying: “The key was to start well and to conserve our lead… It is a good conclusion to an incredible week after all of these big matches, against a Dijon team for whom we have a lot of respect.”
Mitrovic will be hoping that this rampant victory against a strong side, will give them impetus for their next match – away at Baskonia this Friday.