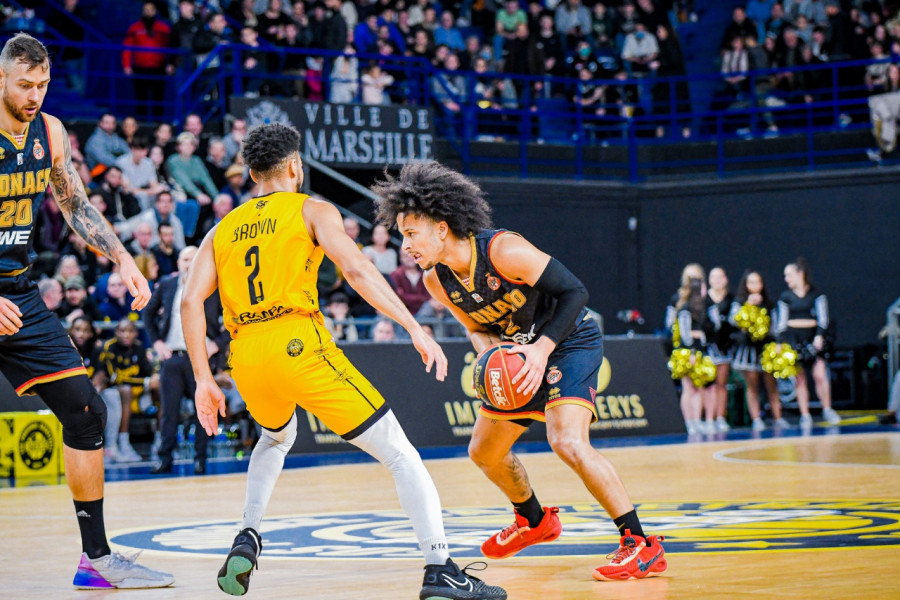 AS Monaco Basketball finished the calendar year on a high with a resounding 53-97 win over Fos-Sur-Mer on Tuesday, which secures top spot in the Betclic Elite heading into 2023.

The victory on the Palais des Sports court was never in doubt. Despite a much-changed side, led by Matthew Strazel (15 points, seven assists), the Roca Team quickly grasped the reigns of the match, scoring 32 points in the opening quarter.

With Mike James playing a reduced role with the Euroleague game against Zalgiris coming up on Thursday, other players stepped in. Co-captain Adrien Moerman (10 points), who has struggled for fluency since arriving in the Principality, Yakuba Outtara (14 points) and Yoan Makoundou (13 points) were all-prominent in a French-led offensive effort.

Fos-sur-Mer never had the answers to respond to the Monégasque attack, nor could they unlock a tight Roca Team defence, which conceded just 53 points on the night. Monaco ran riot in the final-quarter against a demoralised Fos-sur-Mer (12-31), on their way to one of the more comfortable victories of the season.

The result means that Monaco will finish 2022 top of the Betclic Elite with 12 wins in 15 games. They are one win ahead of second-placed Boulogne-Levallois.

Sasa Obradovic’s men will be looking to register one final victory in 2022 when Zalgiris visit the Salle Gaston Médecin on Thursday, where, if other results go Monaco’s way, they could theoretically also finish the year as outright leaders of the Euroleague.