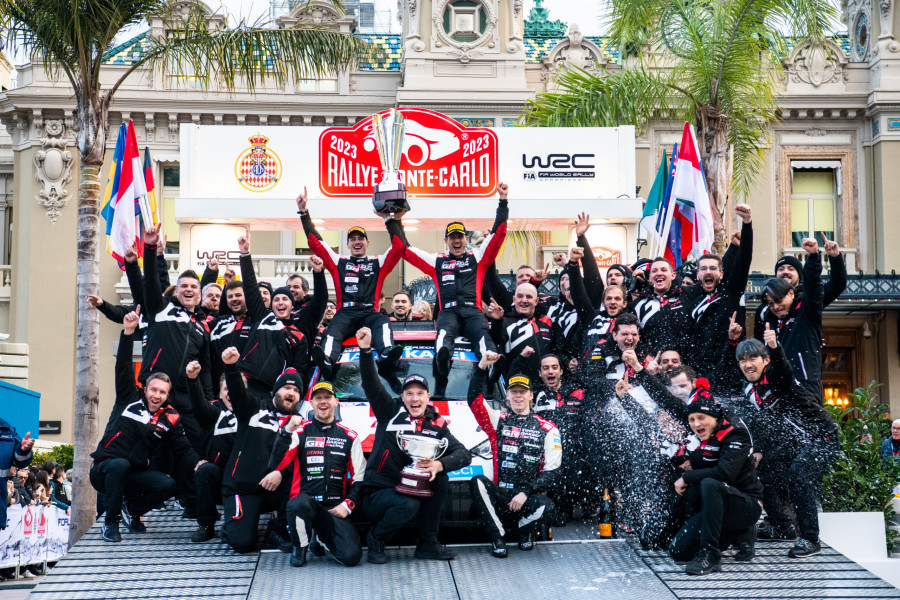 Sébastien Ogier led from start to finish on his way to securing his ninth Monte-Carlo Rally victory in just 14 years, overcoming last year’s disappointment in what he described as a “perfect weekend”.

The Frenchman was denied the title last season, with a mechanical issue on the final day putting pay to his ambitions. Instead, it was the legendary veteran and his teammate Sébastien Loeb who took the title. But there was no denying Ogier this year, who stood atop the top step of the podium for the ninth time in Place de la Casino on Sunday 22nd January.

Following the presentation of the cars last Thursday night, the grid made its way up to the mountains and towards the Col de Turini. Here, Ogier and his co-pilot Vincent Landais raced into an early lead ahead of Welshman Elfyn Evans.

Ogier’s domination continued into Friday, as he won four of the six stages, building a nine-second gap to Evans in second and a 23-second gap to third-placed Kalle Rovanperä.

However, Finnish driver Rovanperä hit back on the Saturday, winning three of the six stages and closing the gap to 16 seconds. Ogier’s lead was still considerable, but not unassailable, and if he was to overcome last year’s disappointment, he would have to work for it going into the final day.

Rovanperä’s comeback acted as a wakeup call for Ogier, who in the early hours of Sunday morning, struck back, extending his lead once again on his way to an ultimately comfortable victory.

On his way to taking his ninth Monte-Carlo Rally title, Ogier picked up nine stage wins out of a possible 18, becoming only the fourth driver to pull off such a feat in the 21st century.

Reflecting on the victory post-race, Ogier paid homage to his co-pilot, Landais.

“It’s a good time with the whole team, with Vincent, and it was his first victory in Monte-Carlo, I think he had tears in his eyes. He is very proud today, and he deserves it,” he said.

The Monte-Carlo Rally, the curtain-raiser to the 2023 World Rally Car calendar, provided an unmistakable sign of Ogier’s dominance. As the grid heads to Sweden, it is clear that the Frenchman will be difficult to beat this year.