Down but not out

Down but not out 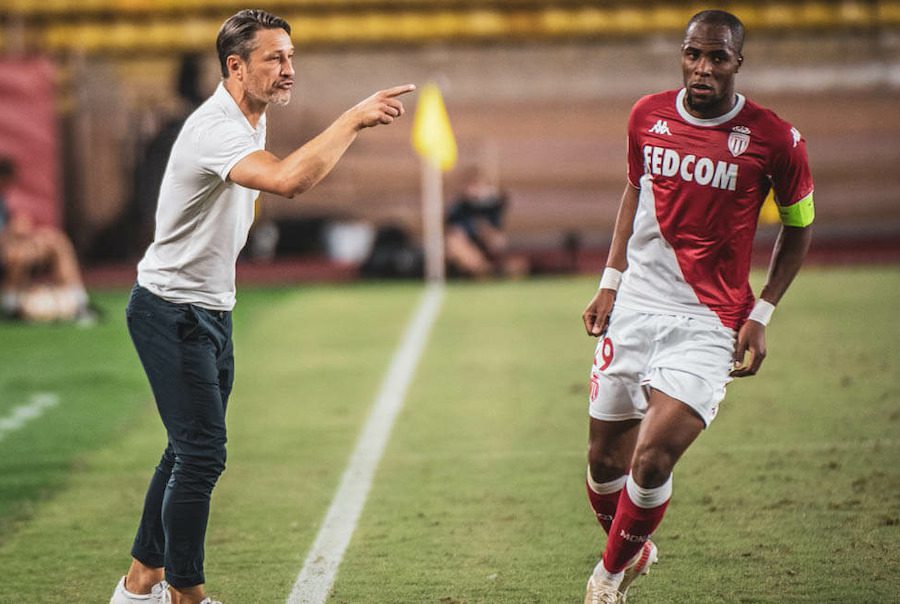 The Red and Whites couldn’t quite pull off the win on Tuesday night in their Champions League match against Shakhtar Donetsk, but they still have another chance when they head to enemy territory next Wednesday.
AS Monaco fans are keeping Champions League playoff hopes alive despite a nil to one loss against Ukrainian powerhouses Shakhtar Donetsk at Stade Louis II.
Coach Niko Kovac employed his usual 4-4-2 line-up, pulling out all the stops, but still this wasn’t enough to get the win.
Goalkeeper Radoslaw Majecki had his work cut out from the start, with the first attempt on goal coming at nine minutes in. He was able to hold the Ukrainians off until the 19th minute when Pedrinho scored the opener.
Monaco sprang into action after the wake-up call and made some good attempts, the first coming at 23 minutes in with a header from Benoît Badiashile, followed quickly by tries from team stalwarts Wissam Ben Yedder and Kevin Volland, then a shot from Aurelien Tchouameni, but the conversion just kept eluding them.
“In the first 20 minutes we didn’t play the way we wanted,” said Coach Kovac. “Without the ball we were fine, we followed what was planned tactically, but the problem was that we lost the ball too quickly. After the goal we improved, we played our game, we were physically good, we created a lot of chances but we lacked a finish touch in front of goal.”
Though Monaco played hard much of the game, this doesn’t add up to much if no points are scored.
“We know we have to win to stay alive in this competition,” he went on to say. “We have to forget about those first 20 minutes, and analyse what the problem that I mentioned before were. We still believe in our chances because we dominated for 70 minutes and that’s the way we have to play in the return leg. There is no reason to think that we cannot qualify. I said it before the game, there are two legs and maybe we will have to play more than 180 minutes if we go into extra time. I know the players are disappointed, but this is no reason to give up on our dream. Last season, we fought really hard, for 38 rounds, to have this opportunity, so we have to believe in ourselves.”
ASM right back, Djibril Sidibé, backed up his coach’s philosophy, saying, “We lost the first leg but there are 90 minutes left. In the past, we have overcome difficult situations, for example I remember the match against Manchester City in 2017. We have to play a very good match.”
The team will have their chance next week when they go on the road to play the second leg on Wednesday 25th August at 8pm. Before that, though, they must face off against RC Lens on Saturday at 5pm for Ligue 1 action.