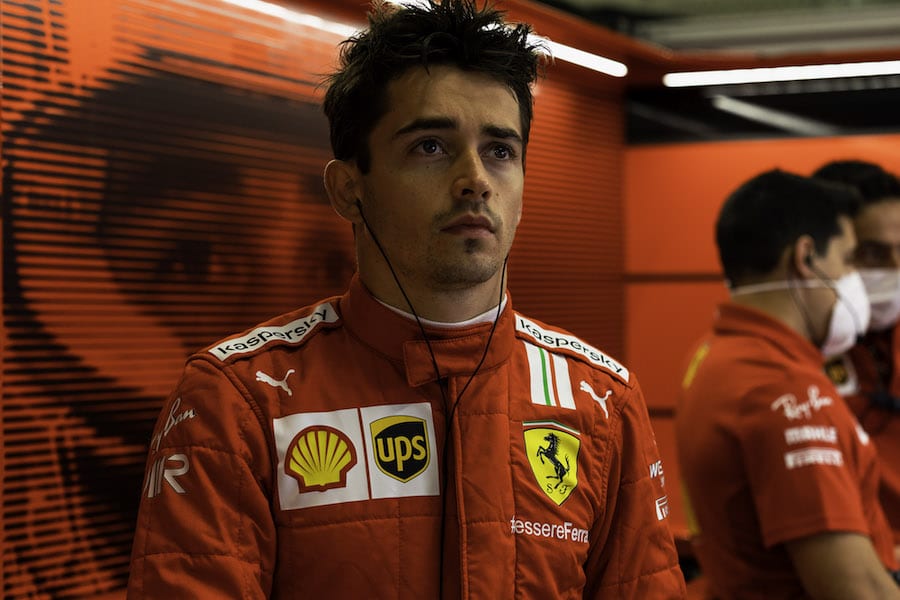 The Austrian Grand Prix was not without excitement or drama as Verstappen continues his dominance, Leclerc gets forced off the track twice by Sergio Perez, and nine drivers get called up by the stewards for incidents during the race.
Monegasque Formula 1 driver Charles Leclerc had a tricky time of it at the Austrian Grand Prix over the weekend. As he was battling for eighth place in the 41st lap, he was forced into the gravel by Sergio Perez, who was slapped with a five second penalty. Before Perez could even serve the penalty, he shoved Leclerc into the gravel a second time, earning himself another penalty.
The Ferrari driver finished in eighth place whilst teammate Carlo Sainz did extremely well, finishing fifth. It appears there are no hard feelings between Leclerc and Perez though, as Leclerc took to social media without even mentioning the incident, saying, “Tried our best to make things happen but there weren’t as many opportunities to overtake today. We managed to move forward but had the pace to do better than P8.”
But Perez wasn’t letting himself off lightly, telling Autosport after the race: “It’s not nice when you have this type of issue, but he knows from my side that I’m not that type of driver and that I’m not comfortable with myself. We were on very dirty air, very hot tyres, very hot brakes, and we were just trying to brake as late as possible, obviously. I haven’t seen the incidents, but I’m very sorry if I ended up affecting his race because Charles is a driver that races very hard, but always on the limit and I’m the same. So, I’m not happy with myself in that.”
This was but one incident on the day. In all, nine drivers were summoned to the stewards for incidents that occurred during the race. In addition to Leclerc and Perez, George Russell, Kimi Raikkonen, Carlos Sainz, Daniel Ricciardo, Pierre Gasly, Nicholas Latifi, Nikita Mazepin and Antonio Giovinazzi were asked to report to the stewards. There is a possibility that, depending on the outcome, there will be a shift in the rankings on the day, but as yet this is still an unknown.
Max Verstappen finished in the top spot, whilst the once unbeatable Lewis Hamilton didn’t even make the podium, finishing fourth. Valtteri Bottas came in second and third went to Lando Norris.
The next race will be on 18th July when the racing moves to the UK for the British Grand Prix.