Draw for AS Monaco

Draw for AS Monaco 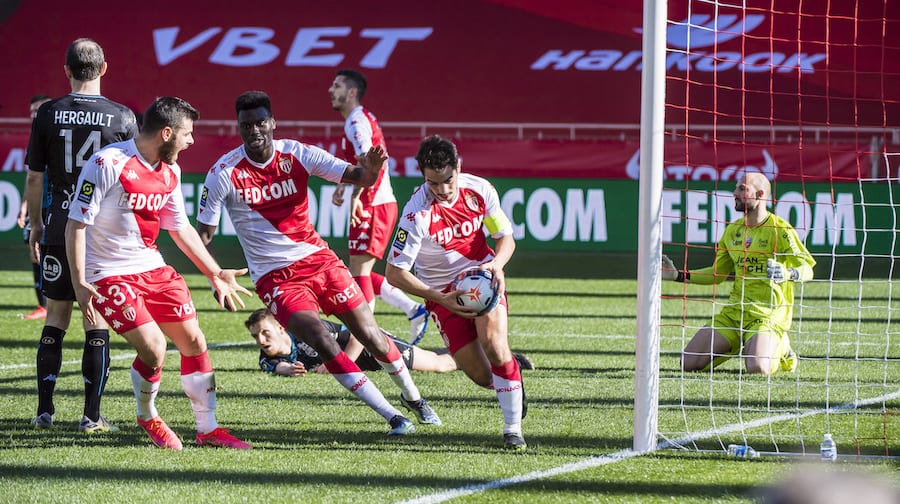 In an away match against Lorient that never saw the Red and Whites in the lead, a draw was welcome when the buzzer went off, leaving a final score of 2-2 and preserving Monaco’s 2021 unbeaten streak.
“We still need to learn,” said AS Monaco coach Niko Kovac after a Sunday draw against Lorient saw them come up with a two-two finish.
The starting line-up was the same as in the previous two games against Nantes and Nice, as Coach Kovac seemed to have a feeling about this opponent, who in recent weeks had regained serious mojo, despite being way down in the Ligue 1 standings.
Lorient’s good form was apparent from the beginning, as they took the opening goal at only seven minutes in with a strong kick by Terem Moffi that flew past Goalkeeper Benjamin Lecomte on a penalty shot.
This wake-up call led Monaco to step things up, though whilst they dominated possession of the ball, they were unable to convert in the first half.
After the halftime break, the Red and Whites came out with renewed energy and within three minutes, Wissam Ben Yedder took advantage of a penalty shot to land one in the top corner of the posts, much to the chagrin of Lorient goalie Matthieu Dreyer.
With an even score, the game belonged to anyone, but not for long. It was Moffi’s night and just past the hour mark at 62 minutes, he snuck one past Lecomte, pulling his team into the lead once again.
It looked like the end of the winning streak for Monaco, but Captain Ben Yedder was again on the case, and in extra time, he pulled one out of the hat, evening up the score and ending the game with a two-two tie.
“I told the players to be careful,’ said Coach Kovac. “Lorient are on a good run with 10 points from the last 12 and a win against Paris. Ligue 1 is not an easy league, you have to stay 100% focused from the first to the last minute… We didn’t play the same way as we have recently.”
This near loss may be enough to rattle the Red and Whites, who will need to be on top form when they face off against powerhouse team Paris Saint-Germain next Sunday at the Parc des Princes.